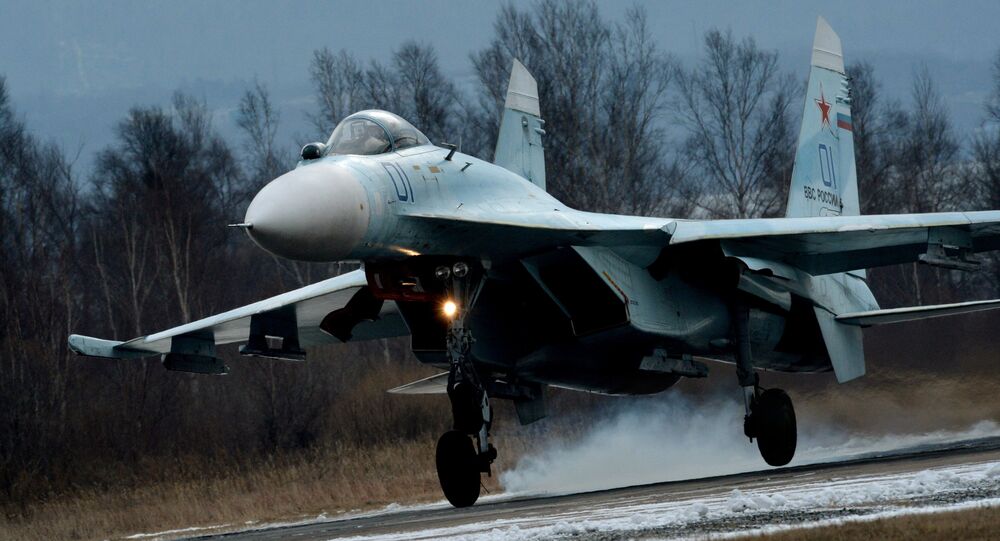 MOSCOW (Sputnik) - A Russian Su-27 fighter jet was scrambled on February 19 to identify and intercept an air target approaching the Russian airspace over the Baltic Sea, the Russian Defence Ministry said Friday.

The Swedish Ministry of Defence earlier claimed that a Russian Su-27 fighter allegedly approached to a "dangerous" distance of about 20 meters (some 65.6 feet) from the Swedish electronic reconnaissance aircraft over the Baltic Sea.

© Sputnik / Vladimir Rodionov
US Spy Plane Pilot Reveals Mysterious Soviet 'Dome of Light' Superweapon
“A Su-27 fighter on air defence duty was scrambled to establish the origin of the target,” the ministry said in a statement.

According to the statement, the Russian fighter jet approached the target at a safe distance for visual identification and classified it as a Gulfstream reconnaissance plane of the Swedish Air Force.

"The Russian fighter returned safely to its home base after the foreign aircraft flew away from the Russian border," the ministry stressed.

Earlier this month, Russian military reported it had spotted 24 foreign reconnaissance aircraft near the border in a week and had to scramble jets four times to intercept the foreign planes.