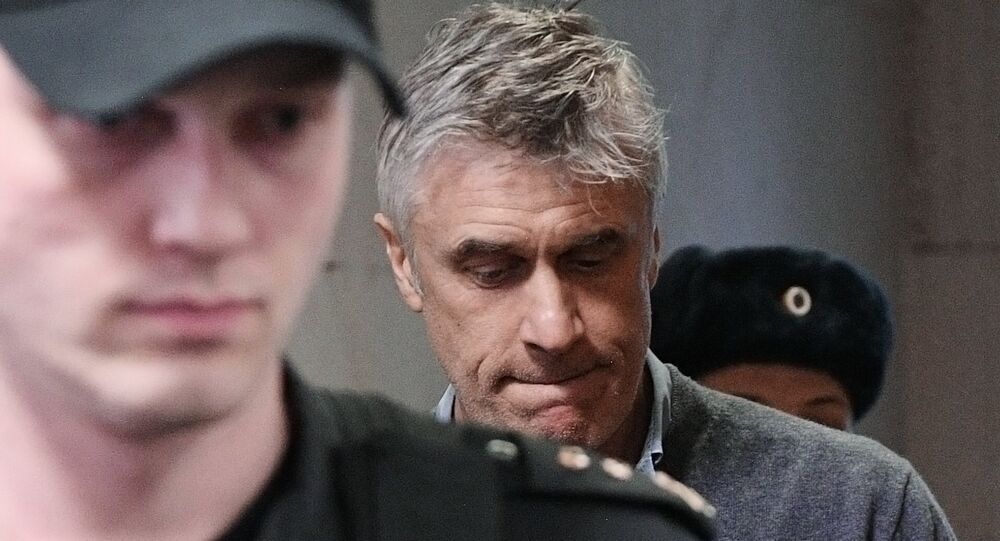 MOSCOW (Sputnik) - The founder of Baring Vostok Capital Partners, US national Michael Calvey, and five other people were detained in Moscow over suspected large-scale fraud, according to the records of a Moscow court.

Calvey was detained on Friday on suspicions of embezzling 2.5 billion rubles ($38 million) from Vostochny Bank, something Calvey has denied. Late on the same day, a Moscow court ruled to detain Calvey for three days while other defendants in the case were arrested. Calvey, in turn, asked the court to release him on bail of 5 million rubles ($75,000).

Calvey has linked the criminal case against him with his corporate conflict with other co-owner of the Vostochny Bank, Artyom Avetisyan. Baring Vostok said earlier in a statement the detention of its employees was the result of a shareholder conflict around the Vostochny Bank.

A State Department spokesperson told Sputnik earlier on Friday the US authorities were aware that an American citizen was detained in Russia, however, cannot divulge details due to privacy considerations.

The detention of Michael Calvey in Russia will be a powerful sign for other foreign investors who will get it in a matter of seconds, Boris Titov, the Russian business ombudsman, said in an interview with the RBK broadcaster.

"Baring Vostok has been working in Russia for years. And in the course of these years, it has won the reputation of a fair investor. Such a reaction on the part of law enforcement is, of course, a very strong signal for foreign investors. And this signal will be understood in a matter of seconds", Titov said Friday.

© Sputnik / Mihail Kutusov
France Wants to Become Leader in Foreign Investment in Russia - Macron
According to media reports, Michael Calvey moved to Moscow from London in 1990s to lead a Russian-oriented direct capital investment fund. In an interview published in 2005 with newspaper Vedomosti, cited by RIA, Michael Calvey said that operations of his investment company strictly based on the principles of law, stressing that he nor his company or its staffers have never trespassed either violated the law.

Currently, the Baring Vostok funds "have over $3.7 billion of committed capital […] Since 1994 the Funds invested over $2.8 million in 80 companies in Russia" and other CIS countries, according to the company's data.

Counter-Sanctions Bill Will Not Affect Foreign Investors in Russia - Putin

Foreign Investors, Including US, Still Show Interest in Russia