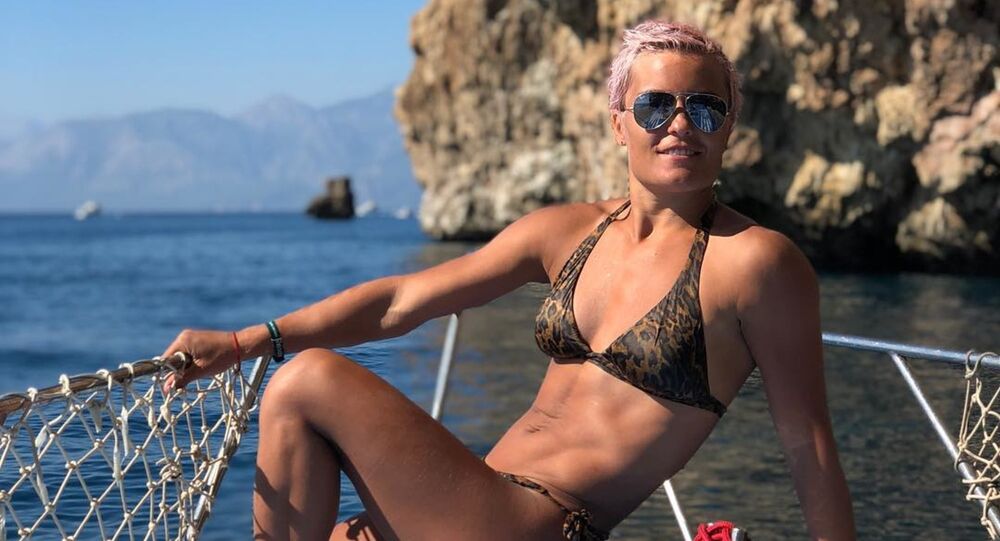 Natalia regularly meets Putin on the judo mats during training sessions and eagerly practises her professional stunts on him, saying that the president is well-prepared, both physically and technically, for this.

Four-time European judo champion, as well as Olympic and world championship bronze medal winner, Natalia Kuzyutina has grabbed the spotlight not only thanks to her professional achievements, but also due to her regular sparring sessions with Russian President Vladimir Putin. The latest one took place in Sochi on 14 February, and the sparring even saw the Russian president injure his finger.

When asked by the reporter if it is at all scary to throw the Russian president over her head, she answered in the negative, asserting that it is all about sport and stressing that Vladimir Putin is in good “physical and technical shape”.

“By the way, I can’t help mentioning that Putin joined the judo session after the summit [a day of tense talks with the leaders of Turkey and Iran], and despite being tired, he had a full-fledged training session”. She added this is an extraordinary example “not only for sportsmen, but ordinary people”.

She went on to share that the technique that Putin has best mastered is a foot sweep. Kuzyutina revealed how she had thrown Putin over her head in the middle-of-the-night session, although it took her much effort to do so, which was apparently highly appreciated by the president, who stood up and kissed his partner on the head.

"It’s a well-known medical fact — the level of adrenaline increases in a person who practices physical exercises, so your mood improves, and you take a different look on the world around you”, Putin was quoted as saying after the session.

“I can probably say that it helps you to get real”.

Kuzyutina later also shared her gratitude by posting on social media the following:

“Thank you President Putin that after such complex negotiations at the summit he found time for a full-scale quality training. I was glad yet again to be a sparring partner of the first judoist of our country!”