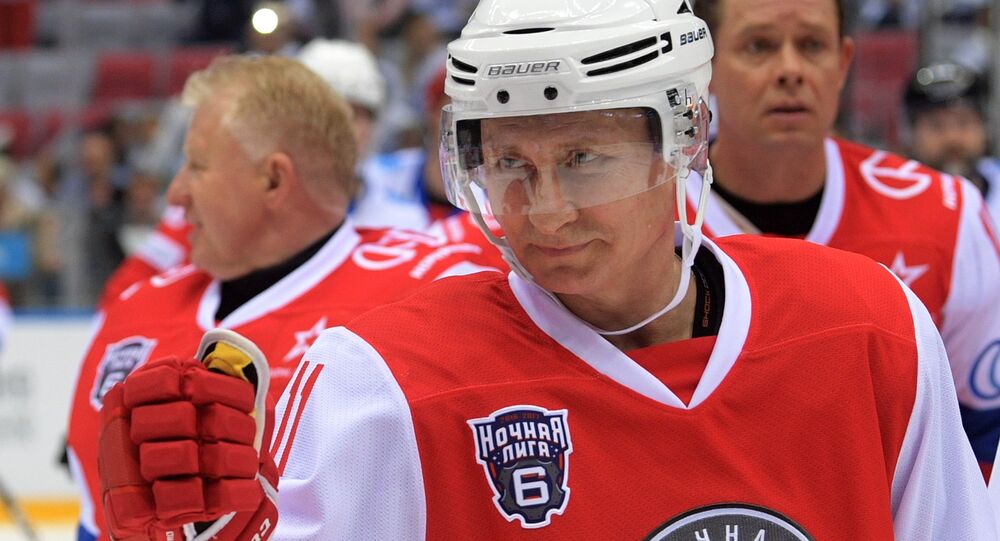 On Thursday, Russian President Vladimir Putin received a minor injury in Sochi, Russia, when he joined the state national judo team for training and had a sparring session with gold medalist Beslan Mudranov.

Russian President Vladimir Putin is participating in a hockey game, stepping onto an ice rink in Sochi accompanied by Belarus President Alexander Lukashenko and his son, Nikolai.

© Sputnik / Mikhail Klimentyev
Macron Calls On Putin to Be Flexible in Int'l Affairs 'Like in Judo' (VIDEO)
The heads of states are playing on the same team with professional Russian and Belarus hockey players.

The game comes after earlier in the day, Kremlin spokesman Dmitry Peskov reacted to reports that the 2016 Olympic judo champion had injured the president's finger saying that Putin feels well and the incident wouldn't ruin his plans to play hockey.

"[Putin] feels good. He feels excellent and is going to meet President [of Belarus Alexander] Lukashenko and after that to play hockey… During one of the holds [Putin] hurt a finger… That is a routine trauma. There is nothing terrible here. Just sports", Peskov told reporters.

The training that left the president slightly injured came after Putin had taken part in trilateral talks on Syria with his Iranian and Turkish counterparts.

Putin is a judo master of sports and holds regular sparrings with various opponents.