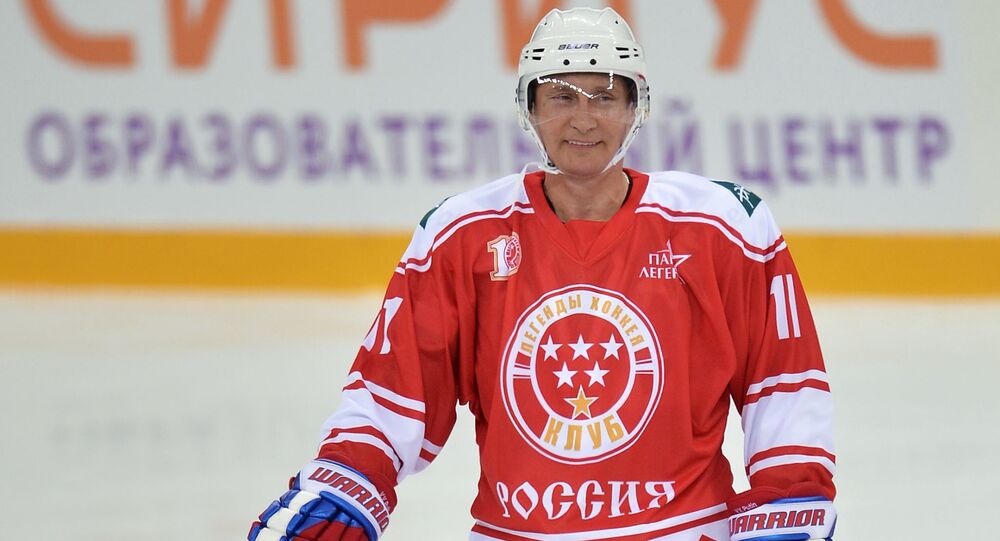 Putin REVEALS What He May Do After His Presidential Term Expires

In an interview with US filmmaker Oliver Stone in 2017, Russian President Vladimir Putin, who is now 65, acknowledged that he had begun to learn to skate at the age of 60 so he could play hockey.

Russian President Vladimir Putin has jokingly suggested that he may become a professional hockey player after his presidential term ends.

"I will join a professional hockey league when I have fewer responsibilities related to my today's job," Putin said during a meeting with public figures in Kazan, the capital of Russia's Republic of Tatarstan.

At the same time, he admitted that he is "'not exactly a puckster" because he is currently engaged in other work.

© Sputnik / Sergey Subbotin
WATCH: Putin's 'Cortege' Limousine Caught on Camera
Putin's remarks came after one of the present deceived real estate investors turned to him for help during the meeting, pledging that he will always give Putin the puck so that he can score his "good goal".

Speaking to acclaimed US filmmaker Oliver Stone in 2017, then-63-year-old Putin admitted that he began to learn to skate so as to play hockey at the age of 60.