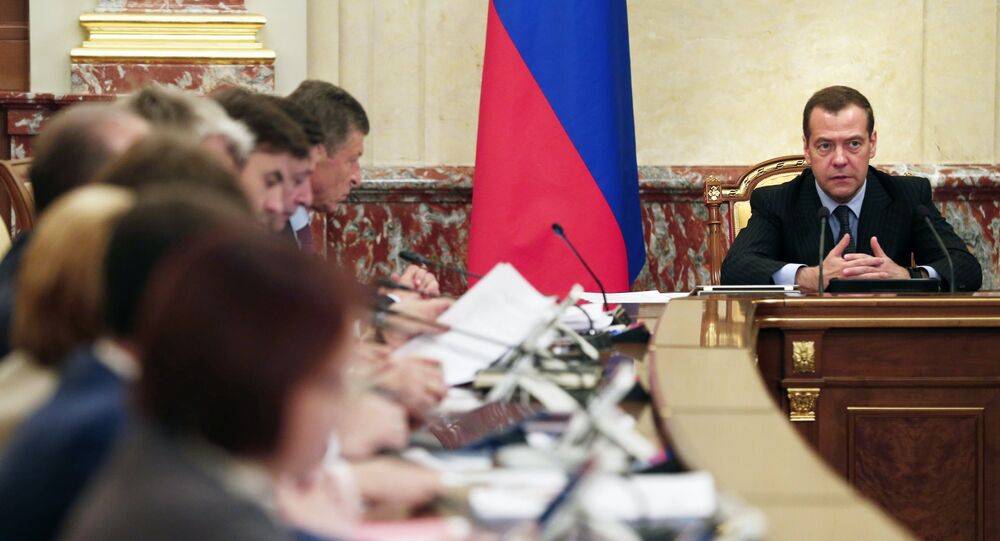 The project will involve him and other cabinet ministers personally reporting about their work and the implementation of national projects, as well as clarifying measures being taken in the social sector, economy and foreign policy.

"At ria.ru, we have created a kind of platform for studying and evaluating the processes taking place in Russian politics, economy and culture. The detailed direct speech of the members of the government organically fits into this concept, so our website will be a good platform for a direct dialogue between the cabinet ministers and society on the most important issues", Rossiya Segodnya Director General Dmitry Kiselev said, as quoted by the press service.

© Sputnik / Evgeny Biyatov
Central Bank Reveals Why New US Sanctions to Have Less Effect on Russian Economy
According to the ria.ru editor-in-chief, Anton Anisimov, the website, which is visited by 4 million users daily, making it the most visited resource in the Russian segment of the Internet, will ensure that the project has the maximum audience coverage.

The prime minister’s spokesman, Oleg Osipov, meanwhile, expressed confidence that the Government Online project would be in demand by a broad audience.

"It is important for the government to make sure that the citizens understand why certain decisions are made and receive information firsthand. Feedback is no less in demand", he said.

Rossiya Segodnya is a multimedia international news and information agency with a mission to provide prompt and balanced coverage of global news and inform international audiences about different views on key events. It comprises RIA Novosti, R-Sport, RIA Real Estate, RIA Rating, Prime, InoSMI, and is represented abroad by the Sputnik news agency.

PM Medvedev on Use of Int'l Organisations to Pressure Russia: 'One-Way Road'

US, Some EU States Trying to Hinder Investments in Russia - PM Medvedev