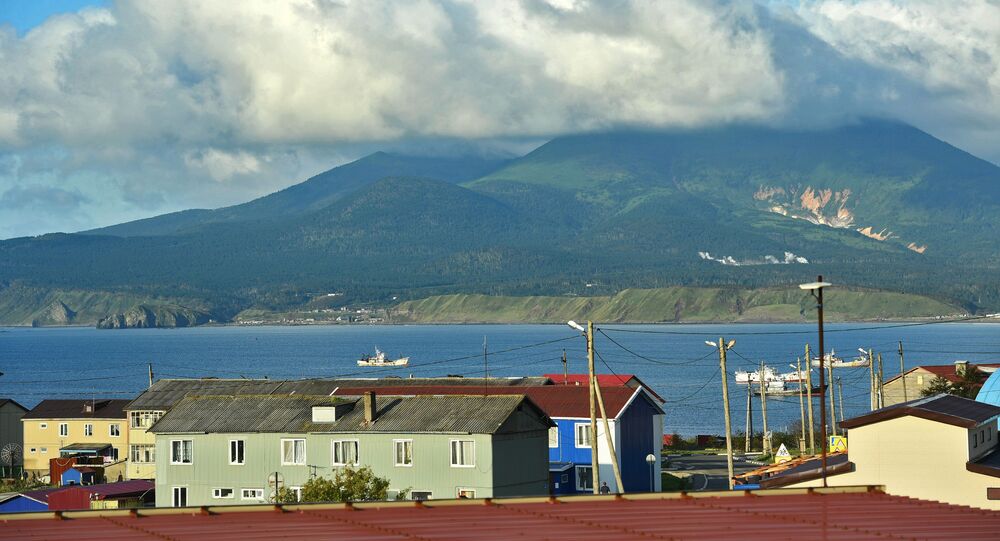 MOSCOW (Sputnik) - The overwhelming majority of Kuril Islands inhabitants oppose the idea of the possible transfer of some of the archipelago's islands to Japan, a poll conducted by the Russian Public Opinion Research Center (VTsIOM) showed on Thursday.

"When it comes to the issue of the southern islands' handover to Japan, the Kurils' inhabitants are unanimous: 93 percent of respondents view such a demand as unacceptable", the VTsIOM poll said, adding that, according to its figures, the share of Russians holding same views across the country was lower and totalled 77 percent.

In addition, 86 percent of the Kuril Islands' inhabitants said they believed that the territorial dispute should not be addressed since the issue had already been settled.

The poll also examined the Russian citizens' awareness of the territorial dispute between Russia and Japan and found that 99 percent of the Kurils' inhabitants knew about the existing disagreements, while in Russia as a whole 79 percent of interviewees were knowledgeable, according to VTsIOM data.

© Sputnik / Ekaterina Chesnokova
7 Things to Know About Kuril Islands Dispute Ahead of Putin-Abe Talks
The survey was conducted on January 29 among 207 inhabitants of the Kuril Islands via telephone interviews.

The Kuril Islands dispute has been souring Moscow-Tokyo relations for decades and serves as the main stumbling rock to signing a permanent peace treaty after the end of WWII. Both countries claim a group of four islands, namely Iturup, Kunashir, Shikotan and Habomai.

Russia and Japan are currently making effort to finalise a permanent peace treaty. In mid-January, Russian Foreign Minister Sergey Lavrov and his Japanese counterpart Taro Kono held their first round of peace consultations in Moscow, after which Kono said that their next meeting could be held at the Munich Security Conference scheduled for February 15-17.