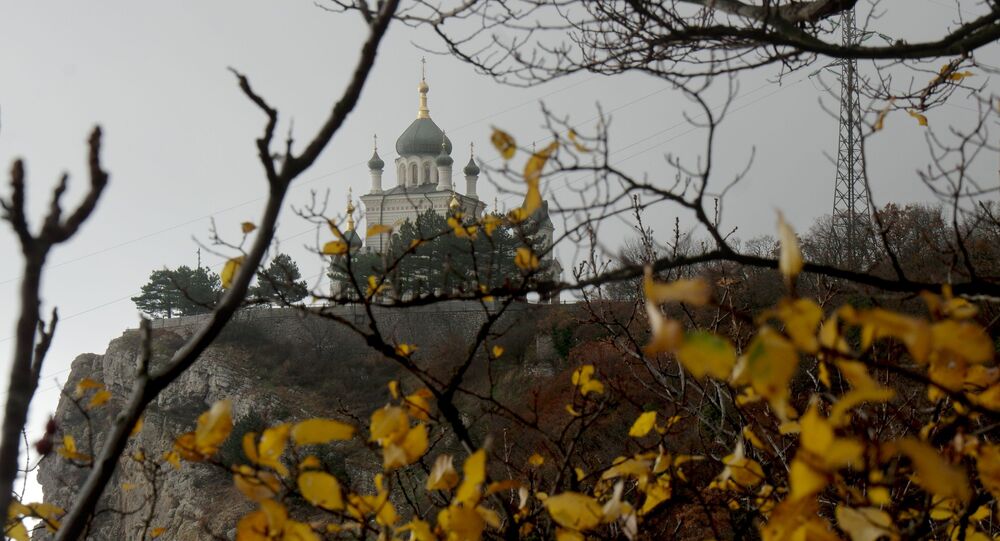 MOSCOW (Sputnik) - The religious split in Ukraine contradicts God’s will since the seizure of churches, attacks on priests, interference of politicians in religious affairs, violence and deception seen in the country cannot be described as godly activities, Patriarch of Moscow and All Russia Kirill told Sputnik in an interview.

"Nobody must create splits. Nobody must go against God's will. Nobody must preach one thing and call on the people [to stick to] it while, in reality, doing absolutely the opposite… If a church declares certain ideals and values, if priests, addressing their flock, teach about one thing, and then the church starts acting in a completely different system of values, — like what is happening now with the split in Ukraine, — this means that there is no grace in such a church organization", the patriarch said in the interview timed to the 10th anniversary of his enthronement.

According to the patriarch, the splits always sow malice.

He also suggested taking "a closer look at what is happening to us", noting that "it will immediately become clear on whose side the truth is and where the God is".

"As long as the Church lives, a 'point of no return', of course, should not exist. And I am sure that there will not be one", the patriarch said, answering a question as to whether world Orthodoxy had split forever and if a "point of no return" had been crossed due to the actions of Constantinople in Ukraine.

© Sputnik / Sergey Pyatakov
Greek Patriarch: Granting Autocephaly to Ukrainian Church Will Not Lead to Peace
On 6 January, Constantinople Patriarch Bartholomew handed over an independence decree, or tomos of autocephaly, to the head of the newly-established Ukrainian church. The Russian Orthodox Church along with the Ukrainian Orthodox Church of the Moscow Patriarchate (UOC-MP) — the latter is the only canonical Orthodox church in Ukraine — have refused to recognise Constantinople's decision, calling it legalisation of schism and a tragic day for the world Orthodoxy.
...
Reddit
Google+
Blogger
Pinterest
StumbleUpon
Telegram
WhatsApp
52