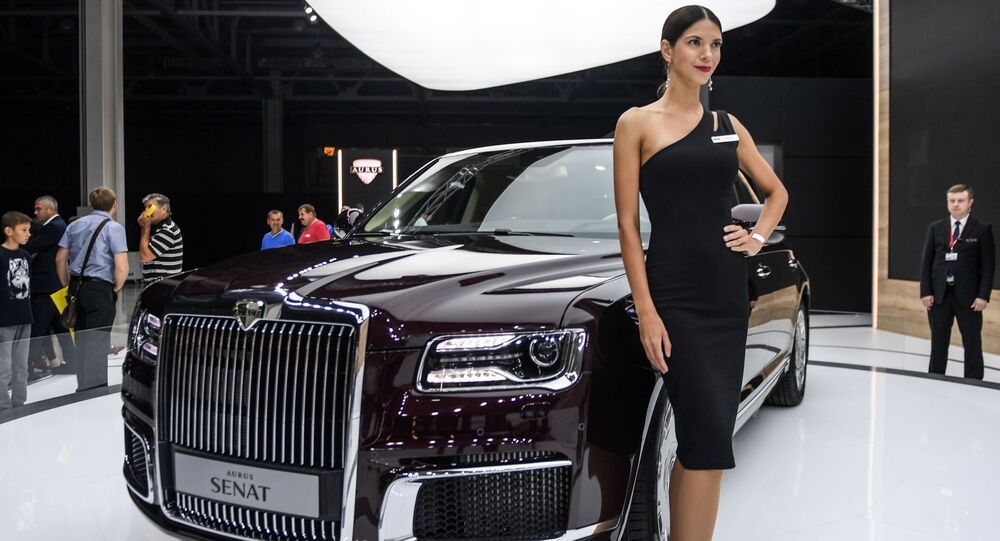 The Russian flagship limousine, developed as a part of the Kortezh project for President Vladimir Putin, was first displayed during Putin’s inauguration on May 7. The vehicles are expected to go on sale in 2019. One model, a “Senat” sedan, has a reported price tag of about $151,000.

The Russian Ministry of Industry and Trade has shared a clip revealing the story behind the creation of the Russian limousine “Aurus” and spilled some details about the new car line. The video shows different stages of the flagship vehicle’s development, from the designers’ sketches and computer modelling to creating the engine, car testing and assembly work.

According to the ministry, the task to create a car based on an integrated modular platform was set in 2013. This platform allows manufacturers to change the gauge, length and the type of a car as well as adapt the production site to assemble different “Aurus” models. Additionally, the first Russian-made V8 and V12 hybrid engines were developed for the project.

“Aurus” cars were originally created as elite vehicles for heads of state as a part of the Kortezh project to produce luxury cars. Its results were first displayed during Putin’s inauguration on May 7. The line of “Aurus”-brand vehicles includes the presidential “Senat” limousine, “Senat” sedans, and “Arsenal” minivans. Work on an “Aurus”-brand “Kommendant” SUV, as well as a motorcade motorcycle under the “Izh” brand, is also underway.

At present, only the Kremlin Garage maintains the “Senat” limousine, “Senat” sedans, and “Arsenal” minibuses, but Russian Minister of Industry and Trade Denis Manturov said in 2018 that only 120 cars were planned to be produced in 2019, with half of them intended to be acquired by the Federal Security Service, which is tasked with guarding Putin. The rest of the cars are expected to be purchased by government officials or individuals.

Aurus vehicles will be made available for sale this year, with an estimated order of 120 vehicles expected to be produced in 2019 while cars for 2020 have already sold out as Vadim Shvetsov, CEO and co-owner of Sollers, which owns the “Aurus” brand announced earlier. The civilian variant of the “Aurus Senat” has a reported price tag of 10 million roubles (about $151,000).