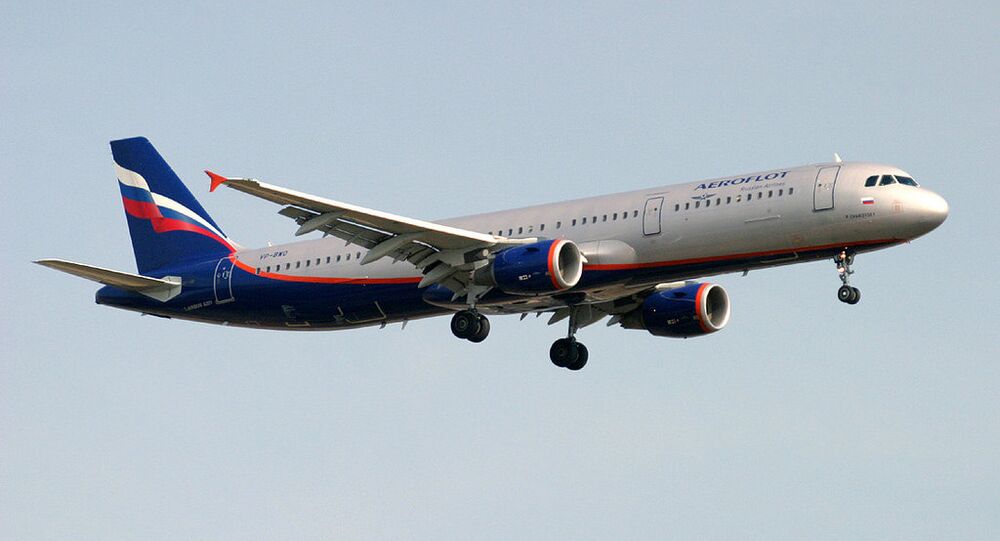 According to the service FlightRadar, Flight SU1515 departed from Surgut at14.55 local time and was scheduled to land at Moscow’s Sheremetyevo Airport at 16.20 Moscow time. However, the plane changed course.

Later in the day, the Russian airline Aeroflot confirmed in its flight information display that the aircraft had landed at the airport of Khanty-Mansiysk. According to Russia's National Anti-terrorism Committee (NAC), a passenger demanded to change the route and attempted to break into the cockpit, threatening with weapons that he claimed he had with him.

According to a Sputnik correspondent, the perpetrator was drunk and the flight crew managed to persuade him to land in Khanty-Mansiysk for refuelling.

"The crew managed to persuade the passenger to agree to refuel in Khanty-Mansiysk", the source said.

Initially, the NAC announced that "the person who hijacked the aircraft had been detained", but a few minutes later clarified that this information had not been confirmed and that the man remained on board the plane.