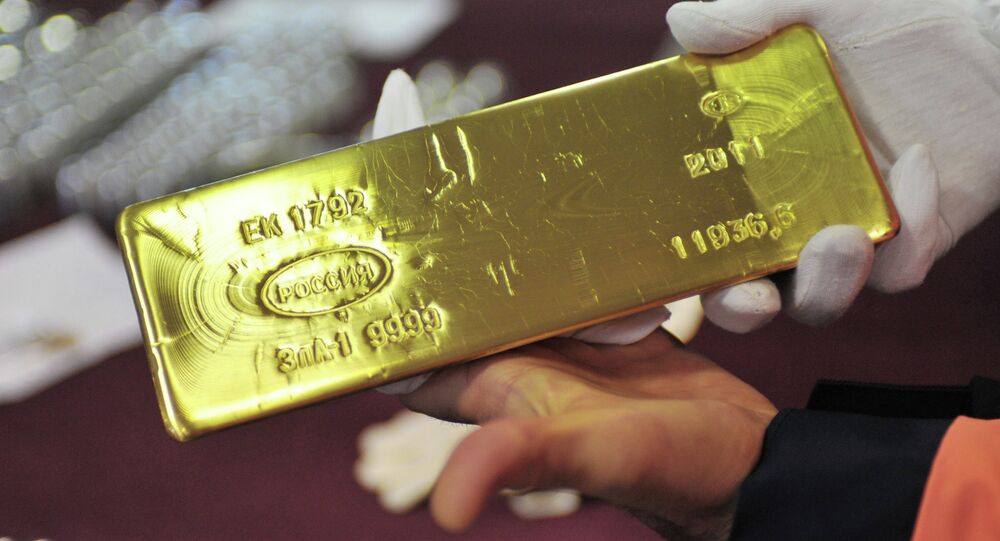 Last year, the Bank of Russia increased reserves of monetary gold by 14.9 percent, or almost 275 tonnes, to 2,112 tonnes (67.9 million ounces), buying the precious metal on a regular basis throughout the year, the data showed. In December, it purchased 9.3 tonnes of gold.

© Wikipedia
The Next Gold? Palladium Prices Soar, & Russia Has Plenty of the Precious Metal
At the same time, China’s central bank bought gold for reserves only once, over the past two years, last December. As of the end of December, the gold reserves of the Central Bank of China, amounted to 59.6 million ounces (1,690 tonnes), according to official data.

The Bank of Russia Governor Elvira Nabiullina repeatedly stated last year that the regulator was pursuing a policy of diversifying the investments of international reserves, taking into account all the risks, including financial, economic and geopolitical. The bank began selling US Treasuries in April, when Washington imposed new sanctions on Moscow. By early fall, investments, which in 2010 amounted to $176 billion, were reduced to $14 billion.