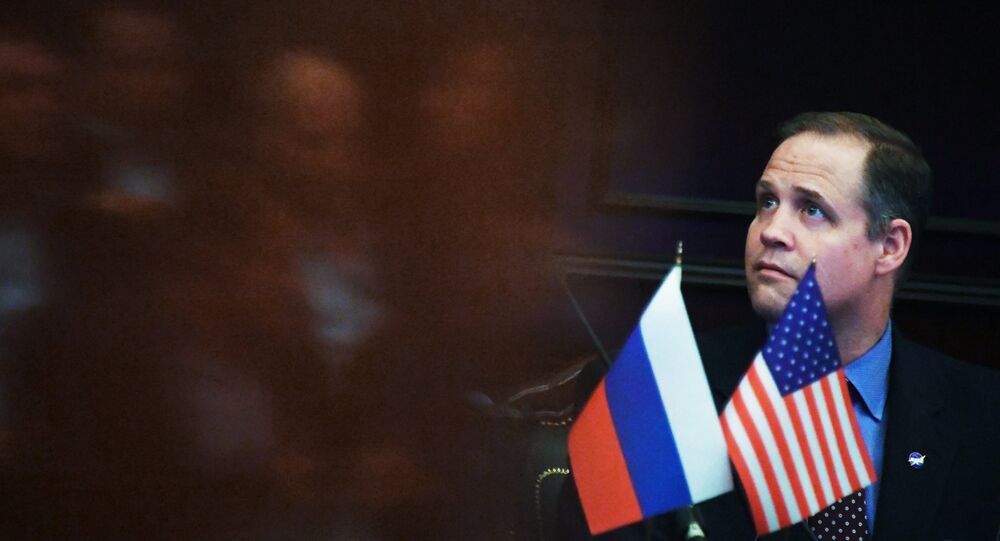 MOSCOW (Sputnik) - NASA Administrator Jim Bridenstine has accepted an invitation by Russian space agency Roscosmos chief Dmitry Rogozin to come to Russia or its spaceport in a Kazakhstan steppe.

"Dmitry Rogozin has invited the NASA administrator to visit Russia or Baikonur in coming months to discuss topics that have piled up. Jim Bridenstine has confirmed he is prepared to come on a working visit," the Russian space corporation said in a statement.

© CC0
NASA Scientist REVEALS Secret Sign That Would Indicate Impending Apocalypse
The two spoke during a teleconference on Monday. The talks focused on "further cooperation on space exploration and a possible meeting," the space authority added.

"They agreed to continue working together on the International Space Station and lunar projects, as well as on other missions to explore deep space," Roscomos announced.

Rogozin, who is on the US sanctions list over Ukraine, was invited to visit the NASA headquarters in Houston this February, but Bridenstine said last week he had rescinded the invitation under pressure from US senators.

Rogozin told local media this decision had left an "aftertaste." He compared space missions to reconnaissance trips, saying Russia wanted to go on them with a predictable partner.