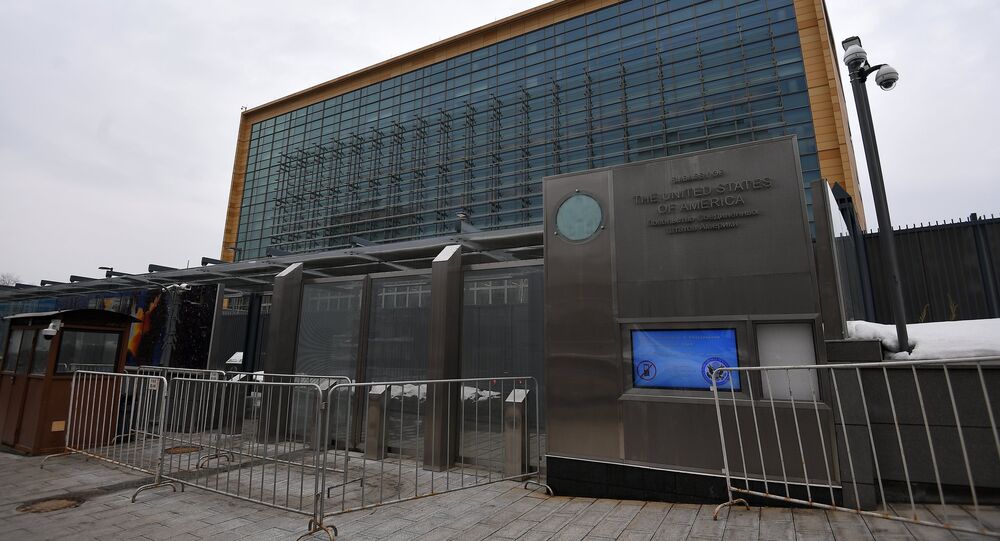 WASHINGTON (Sputnik) - The ambassadors of the United States, United Kingdom, Canada and Ireland serving in Russia met on Monday to discuss their cooperation in the case of the arrest and detention of Paul Whelan on charges of espionage, Whelan’s brother David said in a statement.

"While US, UK, Canadian and Irish consular officials met today to coordinate their visits. The Russian authorities have yet to grant the next visit for Paul," David said on Monday.

© REUTERS / Whelan Family
Moscow Confirms US Citizen Whelan Charged With Espionage, Rules Out Exchange
Paul Whelan, a 48-year old security director with a US automotive parts supplier, was detained in Moscow in December on charges of espionage. The detainee, who also holds Irish, Canadian and UK citizenship, claims he came to Russia to attend a friend’s wedding.

David noted that the Whelan family spoke with US diplomats in Moscow, but was faced with lack of information from the Russian authorities.

"We had hoped Paul would have had at least one consular visit last week," David said. "Since his lawyer was on holiday, prison monitors appear, according to media reports, to have been the only ones to have seen him since January 2."

© CC0
Moscow's Court Receives Appeal Against Suspected Spy Whelan's Arrest
David expressed hope that US Ambassador to Russia Jon Huntsman, who will visit Washington, DC this week, will be able to discuss his brother's case with officials from the State Department and other agencies.

The Russian Foreign Ministry confirmed on Friday that Paul Whelan was charged with espionage and ruled out the possibility of a prisoner exchange for Russian citizens arrested abroad.