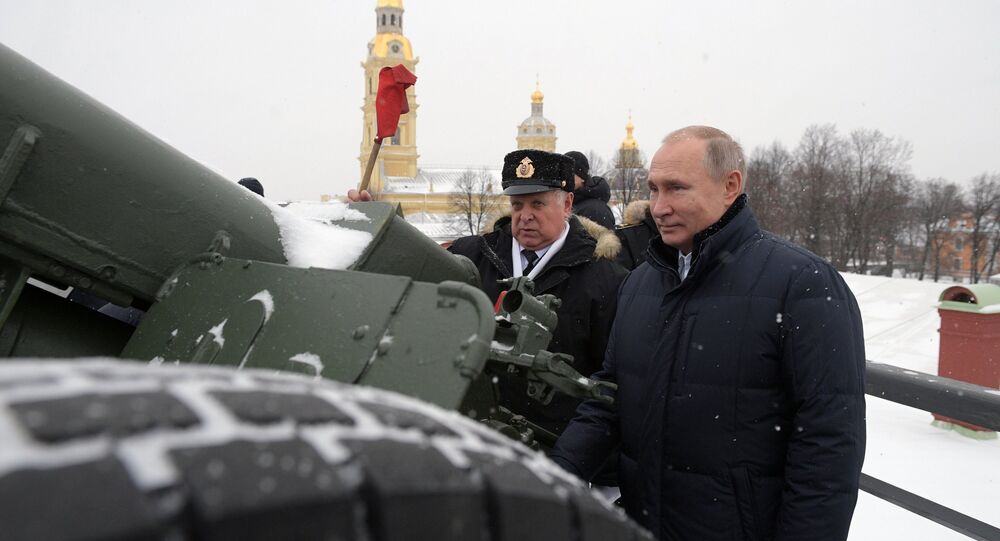 Folk festivities at St Petersburg's Peter and Paul Fortress have been attended by Russian President Vladimir Putin, who even fired a cannon and shared some personal details about his military career.

Russian President Vladimir Putin said on 7 January that he had been promoted to the rank of lieutenant as platoon commander of a howitzer artillery division.

"It turns out, we are both artillerymen. I was promoted to lieutenant as an artilleryman, platoon commander of a howitzer artillery division… 122-millimetre [calibre]", Putin stated.

A video of the conversation has been published on the Kremlin's website.

On Christmas Day, the right to shoot off a salvo was assigned to Vladimir Bendet, 85, an esteemed builder of Russia. The president congratulated him on his birthday and presented him with a pen. Then they made simultaneous shots.

The tradition to shoot off a midday salvo from the fortress dates back many years, and the line for firing a shot is fairly strictly observed.

Scent of a President: Putin-Inspired Perfume 'Not Approved' by Kremlin