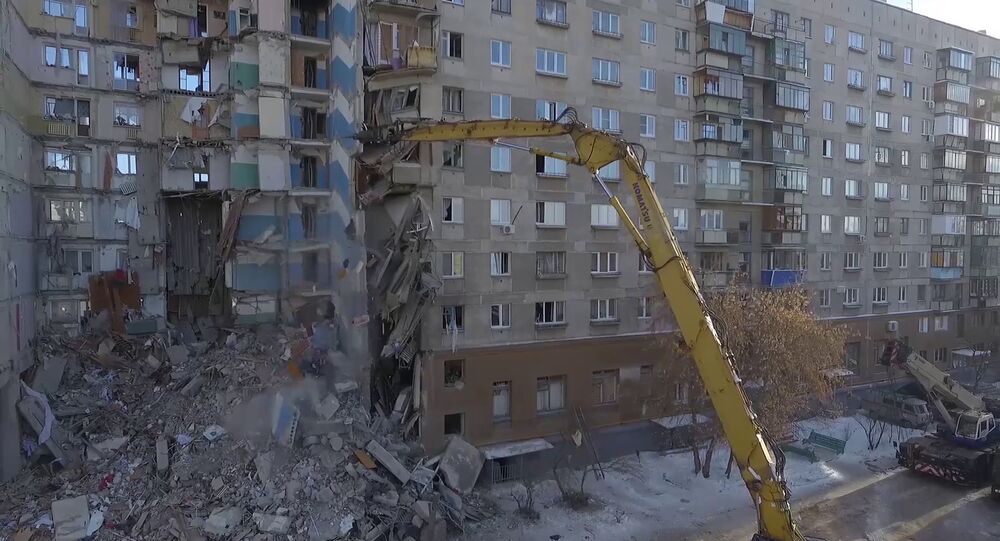 YEKATERINBURG (Sputnik) - The condition of all the injured people who have been hospitalized after a recent collapse of a residential building in the Russian city of Magnitogorsk is currently assessed as stable, the press service of the regional department of the Health Ministry said in a statement on Thursday.

"The condition of all the hospitalized individuals, including those who have been placed to medical facilities in Chelyabinsk and Moscow, is stable. The doctors have not received any new appeals related to the incident," the statement read.

Earlier in the day, Russian Emergencies Ministryreported that the bodies of 22 people, including three minor children, killed in a natural gas blast, have been identified.

МЧС РФ
WATCH Ruins of Magnitogorsk Apartment Block, Filmed From Above
The government of the Chelyabinsk Region will allocate 1 million rubles ($14,436) to each family of the killed persons, while those injured will receive from 200,000 rubles to 400,000 rubles depending on the character of the injuries.

The process of identifying the bodies is expected to continue, as well as rescue operations.

On Monday, a bloc of the 10-storey building in Magnitogorsk collapsed, supposedly due to a natural gas blast. At least 37 people have been killed, with 22 of them identified.