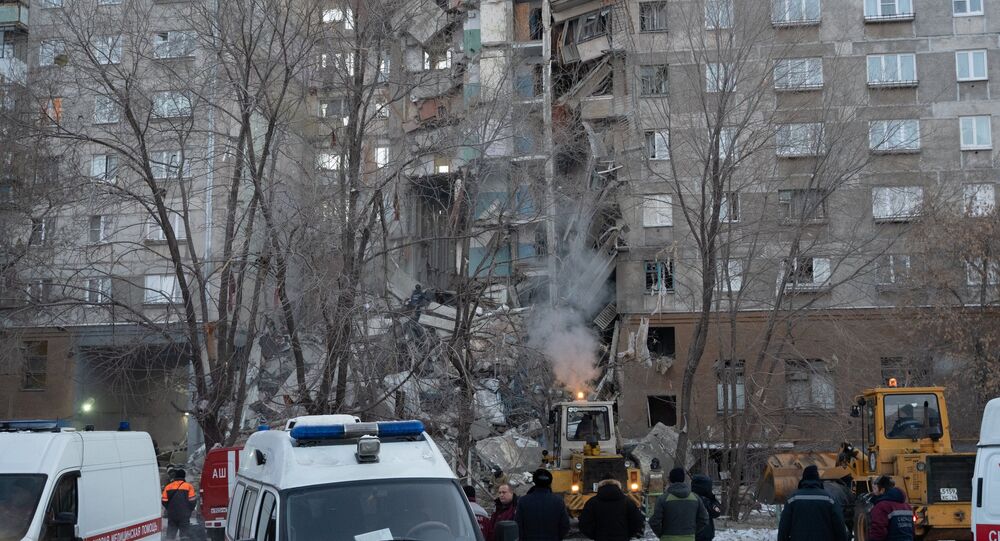 YEKATERINBURG (Sputnik) - The first funeral of victims from the collapse of a residential building block in the Russian city of Magnitogorsk will take place on January 4, the local authorities told Sputnik on Wednesday.

"The first funeral will be on January 4," the press service of the city's administration said.

Press-Service of Russia's EMERCOM
Magnitogorsk Collapsed Building Death Toll Climbs to 24 - Emergencies Ministry
At the same time, 13 people have asked for payments to organize the funeral of the victims, the authorities told Sputnik. The payments from the authorities for the organization of a funeral will amount to 31,500 rubles ($452) to each family, according to the authorities.

Earlier in the day, the Russian Emergencies Ministry reported that the death toll in Magnitogorsk gas explosion has climbed to 21. The fate of dozens of people still remains unknown.

Rescue works continue, while they are hindered by the risk of further collapse of the building.

According to the Telegram channel of Governor of the Chelyabinsk Region Boris Dubrovsky, people donated more than 7 million rubles (over $100,000) for the families of people killed and injured as a result of the tragedy.

Russia’s Sberbank said that it would donate 20 million rubles to support victims of the explosion. The bank also promised to consider the issue of settling loan debts of the families of victims.

The tragical event took place on December 31, reasoned by a natural gas blast that hit one of the blocks of a 10-storey residential building in Magnitogorsk, fully destroying 35 apartments and damaging 10 others.