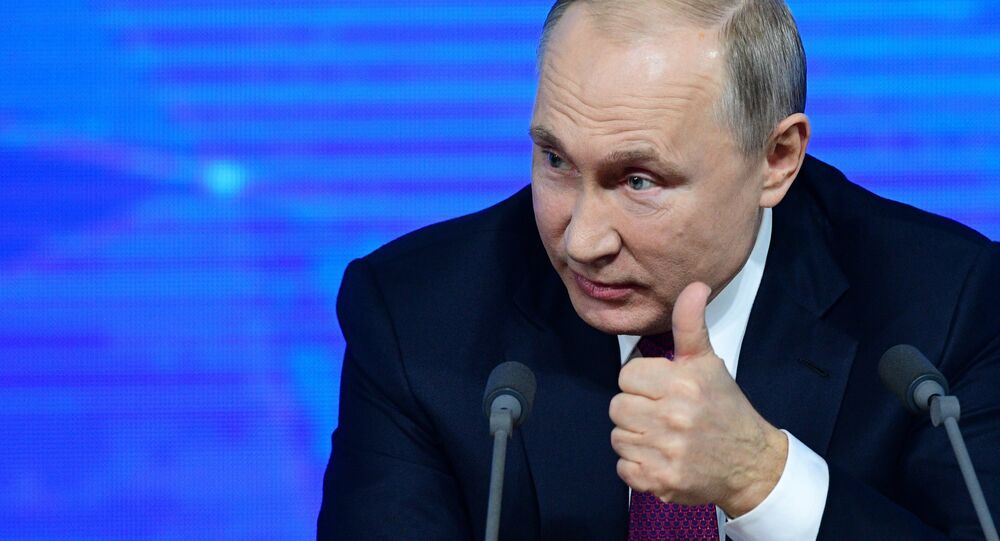 MOSCOW (Sputnik) - Russia needs to improve the competitiveness of its economy through scientific development and localization of production in response to the Western sanctions, Russian President Vladimir Putin said on Wednesday.

"The response to these steps should be an increase in the global competitiveness of our economy. It is necessary to significantly speed up the pace of industrial development, strengthen our own scientific and technological base, and promote the localization of production, the development of new markets by Russian companies within the country and beyond our borders," Putin said at the meeting with the representatives of Russian business.

The president's remark comes after the European Council prolonged the economic sanctions on December 21 targeting specific sectors of the Russian economy by six months.

Relations between Moscow and the West deteriorated in 2014 after Crimea’s reunification with Russia and amid the crisis in eastern Ukraine. The European Union and the United States imposed restrictive measures against Russian individuals, companies and economic sectors. Moscow has responded by imposing restrictions on food imports from the countries that supported the sanctions.