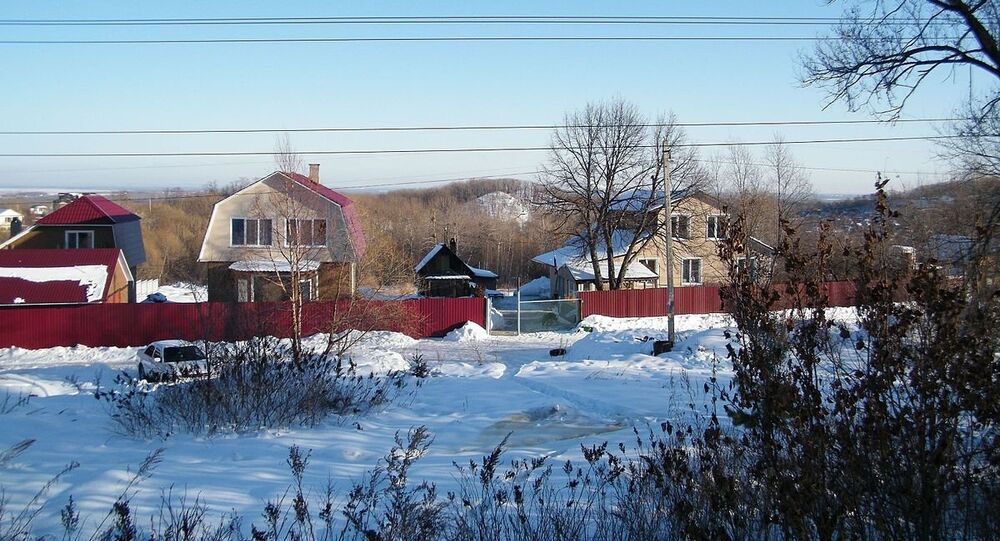 KHABAROVSK (Sputnik) - Alexei Maslov, the head of the Verkhnebureinsky District in Russia's Khabarovsk Territory, told Sputnik on Monday that he did not rule out the explosion of a meteorite was the cause of a small hill, a sopka, collapsing into the local Bureya River.

According to the Russian Emergencies Ministry's head office in the Khabarovsk Territory located in Russia's Far East, the incident occurred 73 kilometers (45 miles) from the Chekunda village. The site has been examined by experts from the local hydroelectric power plant, who are now assessing the situation.

"We are trying to find the explanation for this incident. I insist that it was a meteorite. But now they are thinking of a landslide. But this landslide is 700 meters [2,296 feet] long, 400 wide and 80 meters above the ice level," Alexei Maslov said.

He added that the hill is located deep in the Taiga and no mining ever took place there. The landslide was discovered by local hunters who saw that the shear was relatively even and directed toward the river. The local government head said that only impact with a large object could have caused such a mass of earth to move.

This is not the first incident when meteorites display unusual activity in Russia. In February 2013, a meteorite exploded over the city of Chelyabinsk in central Russia.

Water in Amur River near Flooded Khabarovsk on Steady Rise