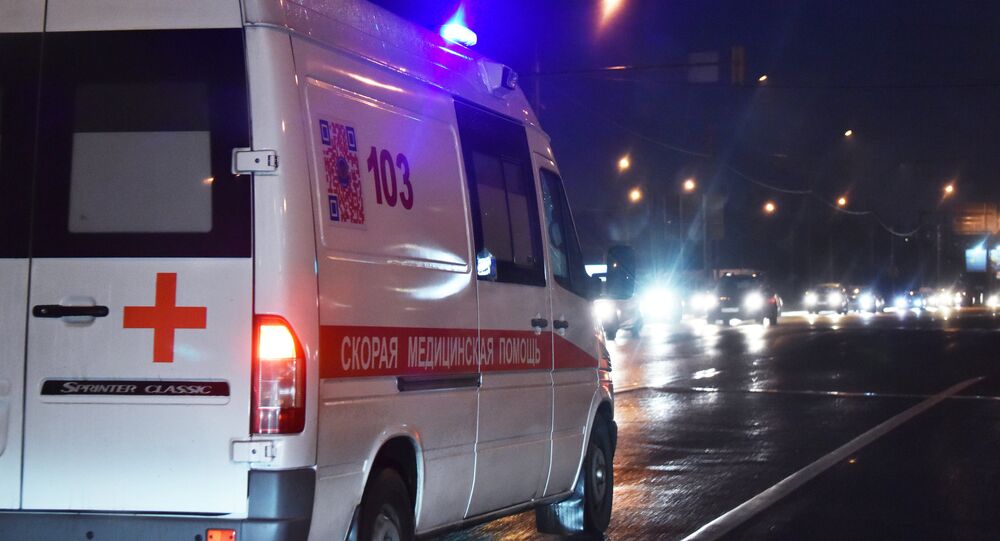 Rescuers Find 8 Bodies of Workers in Solikamsk Mine - Authorities

The spokeswoman of the Perm Region's government Daria Levchenko said earlier that little hope has been left of the possibility that the workers trapped in the Solikamsk-3 mine would be found alive.

Russian rescuers have recovered the body of one of the individuals who died during a fire in a mine in the Russian city of Solikamsk, the emergency operations centre told Sputnik.

According to Russia's potash producer Uralkali, a methane-related fire could have been caused by the construction works in the mine.

© RIA Novosti . E. Kotlyakov
Russia Rescuers Ready for Another Solikamsk Mine Descent to Save Trapped Workers
Earlier reports said that eight miners were evacuated while at least nine people were blocked in the mine.

The press service of Perm Territory Governor Maxim Reshetnikov said that rescuers found eight bodies of miners, who had been trapped in the mine.

"We have found the bodies of eight people. The fire is still being extinguished, there are some fire sources in the area of about 30 square meters. The next group [of rescuers] is preparing for the descent," the press service of the Perm Region governor said Sunday.

Previous descents were reportedly unsuccessful due to high temperature, smoke and deformation of the construction. Uralkali has announced that the operation of the Solikamsk-3 mine had been suspended until the rescue operation finished.