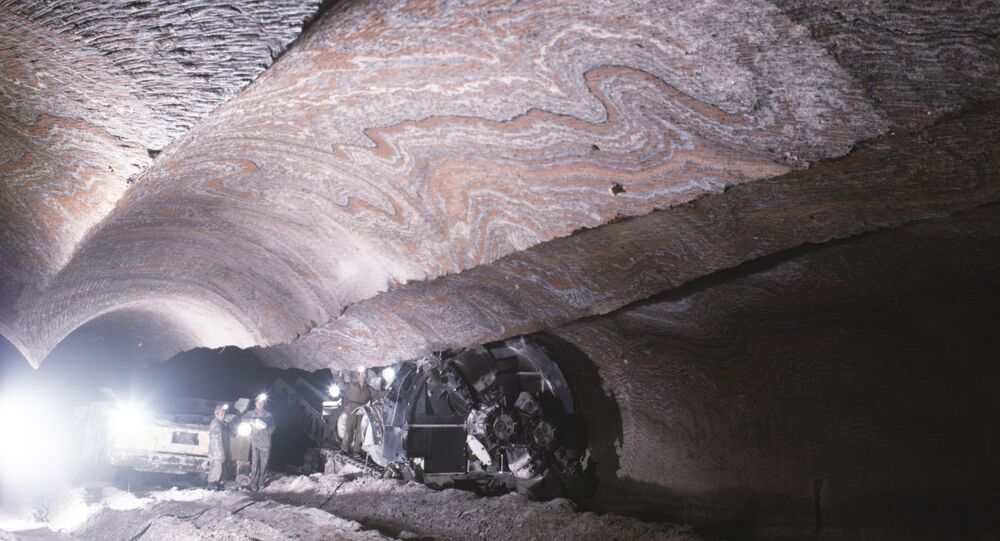 PERM (Sputnik) - On Saturday morning, a methane-related fire occurred in a mine belonging to Russia's potash producer Uralkali in Solikamsk. Eight miners were evacuated. At least nine people still remain blocked in the mine, according to Uralkali.

A rescue team had to suspend its descent to recover workers who remain blocked in a mine in the Russian city of Solikamsk, the Perm Territory, while being just 10 meters (33 feet) away from their probable location due to high temperature and smoke, the commander of a paramilitary rescue squad said  Saturday.

© REUTERS / Jason Lee
Over 20 Rescued From China’s Mine After Explosion – Authorities
“During the fifth descent, mine rescuers — due to temperature and gas conditions — could not move to the canopy, where people are presumably located, being just 10 meters away,” Alexey Pestov said.

According to Levchenko, little hope has been left of the possibility that the miners would be found alive.

The rescue operation is currently underway.

© AFP 2020 / PATRIK STOLLARZ
Germany Gets Rid of Its Last Coal Mine, Creating New Export Prospects for Russia
In the early hours of Sunday, Levchenko told Sputnik that the rescuers had managed to get to the mine shaft, where the trapped miners could be located.

"The rescuers have managed to get to the mine shaft from the sixth attempt," Levchenko said.

Uralkali, meanwhile, announced that the work of the Solikamsk-3 mine had been suspended until the rescue operation finished. According to the company, the fire could have been caused by the construction works in the mine, adding that a special commission would establish the causes of the incident.

Russia’s Uralkali to Supply India With $260M of Fertilizer