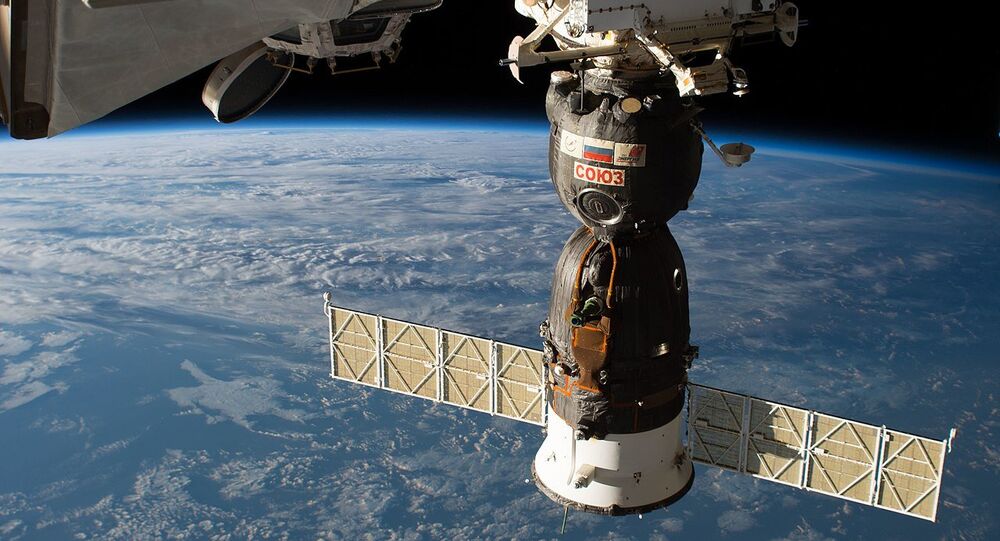 MOSCOW (Sputnik) – Russian cosmonauts Sergey Prokopyev and Oleg Artemyev will be questioned by the investigators as witnesses in the probe into a microfracture which was found on the body of the Soyuz MS-09 spacecraft, while it was docked to the International Space Station (ISS), a source in the aerospace industry told Sputnik on Friday.

Prokopyev returned to the Earth on the Soyuz on Thursday. On the same day, a source said that both cosmonauts would be questioned in the case. Artemyev returned from the ISS in October.

"Investigators will collect witness testimonies from the cosmonauts," the source said.

YouTube Screenshot
WATCH: ISS Live Feed Cuts Out Again After Mystery Orb Appears
Both Prokopyev and Artemyev were at the space station when the ISS crew experienced an air leakage caused by the microfracture in the orbital module of the Soyuz MS-09 in late August.

On December 11, Prokopyev and Russian cosmonaut Oleg Kononenko conducted a spacewalk to inspect the hole in the spacecraft. The cosmonauts opened the screen-vacuum insulation and cut out micrometeorite protection to get to the hole. The pieces of the hull were put into an insulated container. Swipe samples from the hole area and samples of sealant that was used to patch up the fracture were also placed into containers.

As the containers have been eventually delivered to Earth, the descent capsule with evidence is set to be taken to Korolyov, where the spacecraft manufacturer — Experimental Machine-Building Plant of Rocket and Space Corporation Energia — is based. On Friday, the samples are set to be transferred to investigators.