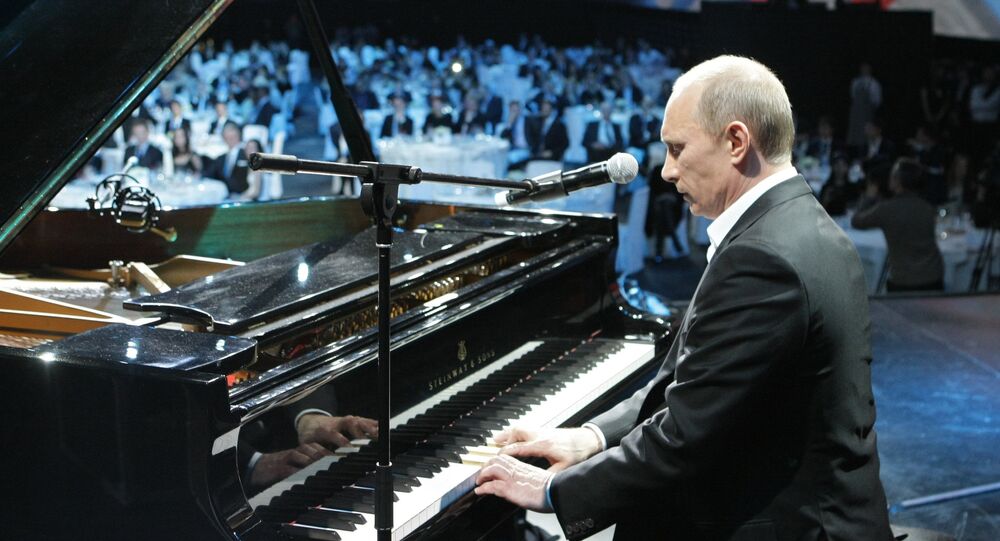 MOSCOW (Sputnik) - Russian President Vladimir Putin on Thursday spoke about his musical preferences, saying that he was not a fan of metal but enjoyed classical compositions.

The Russian president gave an interview to a 17-year-old girl, thus fulfilling her dream, after giving his annual press conference earlier in the day.

"Heavy metal is too difficult for my perception, rather heavy, although any music is pleasant, if it is skilful, it should always give cause for positive emotions. I like both modern music and so-called popular classical music… because you need to be a well-prepared listener, but mostly I love to listen to traditional classic works of the world's most beloved authors", Putin said.

The president said that the famous composers he appreciated were Tchaikovsky, Schubert, Mozart, Liszt, Chopin, Beethoven, and Brahms.

Earlier in December, Putin visited a volunteer forum in Moscow. The volunteers told the president about the project "Dream with me", which fulfils wishes of seriously ill children.

© Sputnik / Alexey Kudenko
Most Eye-Catching Moments From Putin's Big Press Conference
The president watched videos of five children speaking about their dreams and promised to help them come true. After the forum, Putin granted a wish to a seriously ill girl, organising a tour at the Russian Mosfilm movie company for her. The girl was accompanied by the company’s head, filmmaker Karen Shakhnazarov, during the excursion. Moreover, Putin said he would organise a visit to the RT channel for a girl who wanted to be a journalist and get an interview with an interesting person.
...
Reddit
Google+
Blogger
Pinterest
StumbleUpon
Telegram
WhatsApp
790