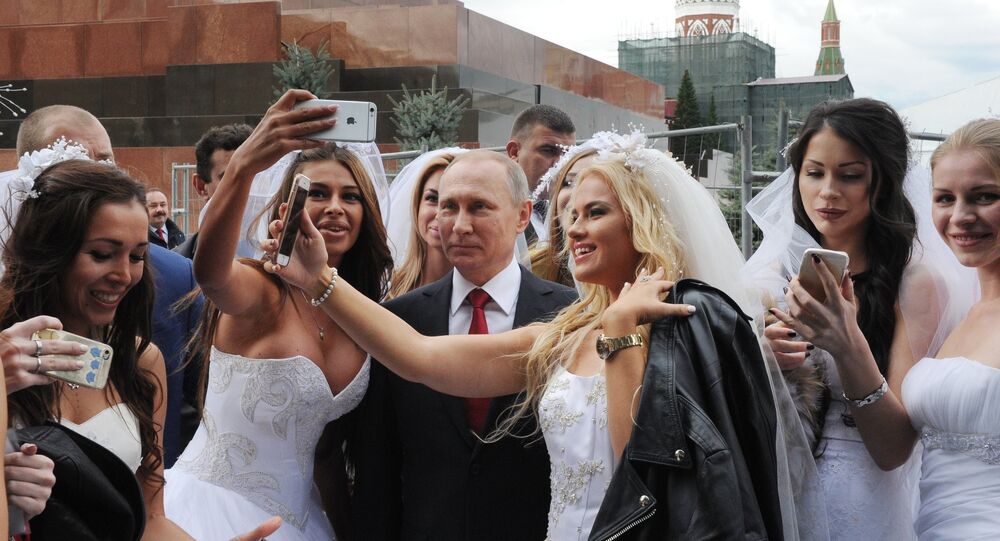 The Russian president often receives personal questions during his annual major press conference, sometimes regarding his private life and even possible new marriage. The latter became an especially thrilling question after he divorced in 2013.

Russian President Vladimir Putin once again masterfully evaded a standard question from a journalist about his future personal life by saying that "as a decent man" he would have to marry someone again "sooner or later", but didn't provide any other details on the matter.

The president didn't hesitate to address a counter-question to the journalist who had asked him about personal life plans, enquiring whether he is married himself. When the journalist confirmed that he has indeed tied the knot with his beloved, Putin joked that he probably wanted the president to "feel like he does".

#Putin, as usual, gets periodic personal question, in this case asked when he will remarry, and he said, "As a decent man, I will have to do this sooner or later."

This is not the first time that the Russian president has faced inquiries about his personal life. He has always managed to answer them without providing details, effectively maintaining an aura of secrecy surrounding this area of his life.

Back in 2008, when he was asked during a presser with Silvio Berlusconi about his alleged intentions to marry Russian gymnast Alina Kabaeva, he denied the allegation, adding that he loves "all Russian women". Following the end of his 30-year-long marriage to Ludmila Putina in 2013, he was asked again during the 2014 presser if Russia might see a new first lady. Once again, Putin decided to leave the journalists in the dark, noting that first he needs to help his ex-wife remarry.

A few hours in to his annual end-of-year newsathon, Russia's Putin has talked about nuclear war, why Trump was right to get out of Syria and whether he's in/out of the market marriage-wise ('As a decent person, I will have to do that sometime') https://t.co/3sumvaYDAq

In 2016, Putin teased reporters during another press conference when answering a similar question. The Russian president said that he was currently doing great and promised to "satisfy [journalists'] curiosity one day". He also jokingly wondered why the issue spurs so much interest, since it's not going to "affect exchange rates or oil prices". Putin added that he had come to terms long ago with the fact that many people are very curious about his personal life.