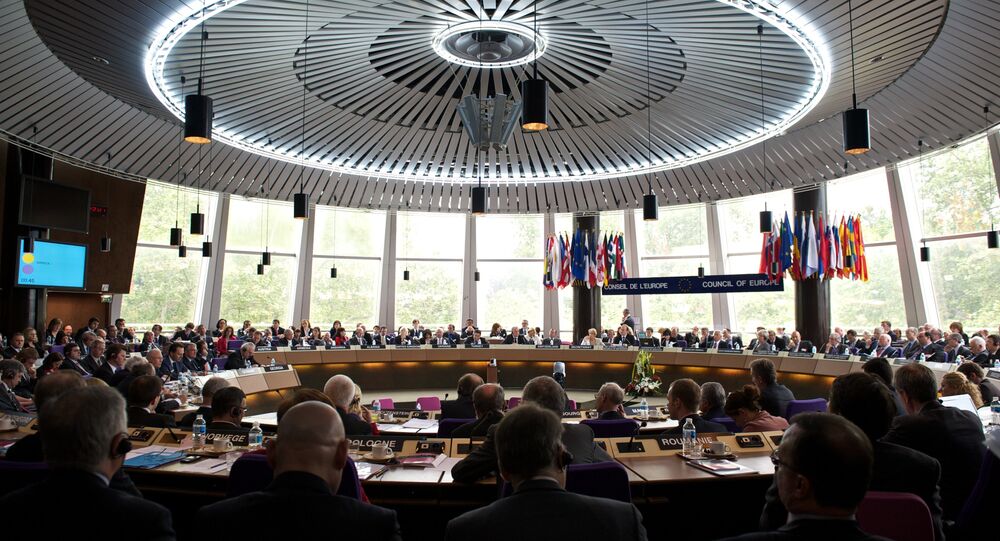 MOSCOW (Sputnik) - Russia's Justice Ministry sent answers to the European Court of Human Rights (ECHR) about the circumstances of the Ukrainian sailors' detention in the Kerch Strait, the ministry told Sputnik.

“The Russian authorities' answers to questions about the circumstances of the detention of 24 Ukrainian citizens aboard the Ukrainian ships Berdyansk, Nikopol and Yany Kapu, stopped by Russian border guards in the Kerch Strait on November 25, 2018, have been sent to the European Court of Human Rights,” the ministry said.

The answers to the ECHR state that these citizens of Ukraine were detained as suspects under Part 3 of Article 322 of Russia's Criminal Code (illegal crossing of the Russian state border, committed by a group of persons in a preliminary conspiracy or by an organized group or using violence or threatening its use) and were placed in custody on the basis of court orders.

The ministry said the ECHR had been informed about the whereabouts of the detained Ukrainian sailors, their condition and access to legal counsel.

Earlier, lawyer Nikolay Polozov told Sputnik that all 24 Ukrainian sailors who were detained for illegally crossing the Russian maritime border in the Azov Sea have had charges brought against them by Russian investigators and now face up to six years in prison.

© Sputnik / Alexey Malgavko
Poroshenko's Allegation of Russian Plot to Seize Berdyansk, Mariupol 'Absurd' - Kremlin
On November 25, three ships of the Ukrainian Navy breached the Russian border, entered Russian territorial waters that were temporarily closed, and began moving toward the Kerch Strait, which serves as an entrance into the Sea of Azov. The Ukrainian vessels and their crew were detained by Russia after failing to respond to a lawful demand to stop.

Russian President Vladimir Putin has said that the incident was a provocation prepared in advance as a pretext to introduce martial law in Ukraine ahead of the country's presidential election. The martial law would affect the campaign, set to start in late December, amid Poroshenko's low approval rating, Putin said.