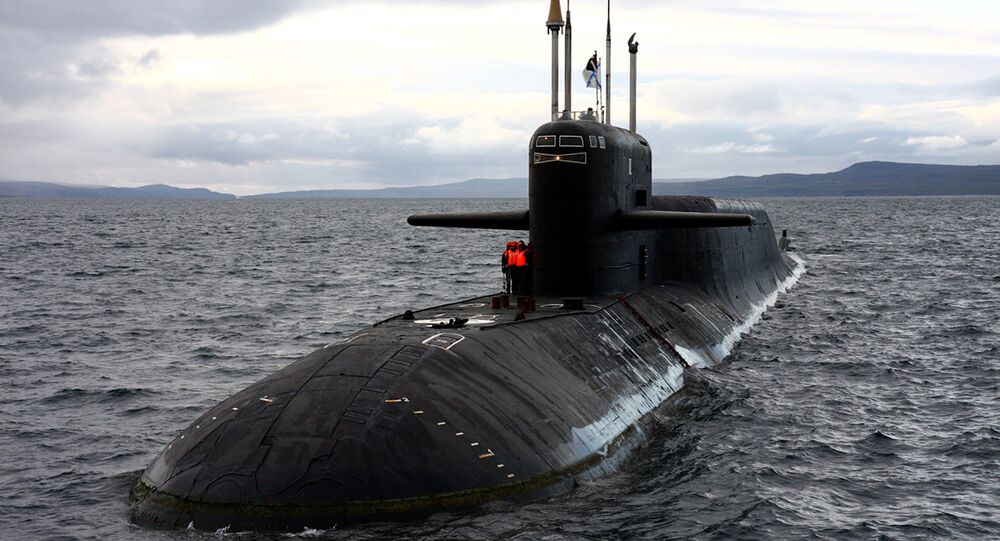 A Russia-made naval diesel-electric attack submarine has allegedly been snapped leaving the Russian port city of Sevastopol. The photos of the Kilo-class, dubbed the "Black Hole" by Western experts due to its ability to quickly disappear, were tweeted by user @Capt_Navy.

The Russian Ministry of Defence has not commented on the claims yet.

Courtesy of the 388th Fighter Wing Public Affairs
US, Allies Carry Out Extraordinary Flight Over Ukraine Amid Tense Situation in Kerch - Pentagon
Daily Star cited US Submarine Veteran Eric Moreno as saying that the submarine could be heading to the Kerch Strait – which separates the Black Sea and the Sea of Azov where three Ukrainian Navy ships crossed Russia's maritime border in violation of international law.

On Thursday, CNN reported that the US military had asked the Department of State to notify the Turkish government of its intent to sail a warship in the Black Sea.

The notification will give the US Navy an option to enter the area, but it is not an indication that such an action will be taken, three government sources told CNN.

“The US can't send submarines in there because the water is too shallow for nuclear-powered submarines (SSNs). A diesel submarine would have to be the one to sneak up there so only NATO countries with SSK's (diesel) could reach the area. If a country thinks they have the ability to go in there and spy to see what is going on they might do it”, Moreno told Daily Star.

Moreno added that it was likely that if NATO sent a surface vessel, it would be accompanied by one or two submarines for protection and surveillance.

“The Kilo class that Russia sent is probably out there right now. Russia probably has a few SSNs running around the Black Sea as well. Probably posted at the inlet of the Black Sea waiting to hear something come in. That warship we are sending in is going to be a sitting duck because there is only one way in and out”.

© AP Photo / U.S. Navy
US Not Mulling Military Response to Kerch Strait Incident - Pentagon Official
The development comes in the wake of the naval incident in the Kerch Strait on November 25 when three Ukrainian warships entered Russian territorial waters in violation of international law.

The Russian authorities seized the ships after they failed to respond to legal demands to leave the area, and detained the 24 sailors who were on board the vessels.

In response, Ukrainian President Petro Poroshenko signed a decree declaring martial law in several Ukrainian regions located near the Russian border and the coasts of the Black Sea and the Sea of Azov.