The lawmaker noted that a special international commission may be convened to analyze the documents further stressing that an analysis should be carried out prior to any accusation "because this could be a false story."

Chepa's statements come after Anonymous released documents related to the United Kingdom's Integrity Initiative project last month, saying that the program had been launched in 2015 and was funded by the UK government. The hacktivist group claimed that the program was a "large-scale information secret service" created by London to "counteract Russian propaganda." A new batch of documents was released earlier on Monday. 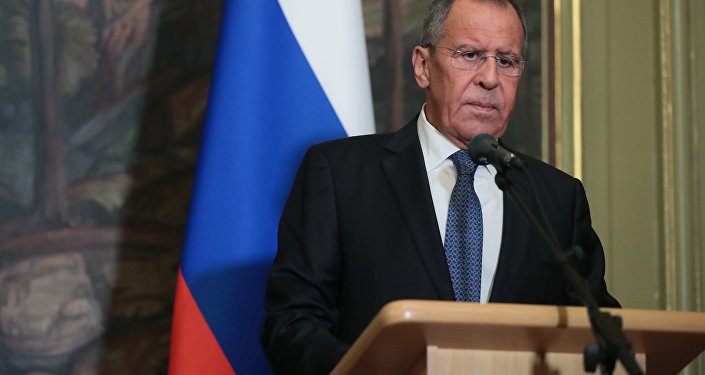 © Sputnik / Vitaly Belousov
UK Integrity Initiative Project Aims to Damage Russia's Public Image - Lavrov
According to one of Anonymous' websites, the Integrity Initiative project was founded in 2015 and funded by the UK government. Financier William Browder, Vladimir Ashurkov, an associate of Russian opposition figure Alexey Navalny, and scientist Igor Sutyagin, found guilty of espionage in 2004 and subsequently pardoned, were named as people who had ties with the project.

The cost of the project for the fiscal year ending on March 31, 2019 is estimated at 1.96 million pounds ($2.51 million), according to the leaked documents. The stated goal of the project is to counter Russia's information activities, according to the hacktivist group's website. The US State Department, NATO and Facebook are mentioned among the organizations and institutions that have allocated grants to the project.

Commenting on this information, Russian Foreign Minister Sergei Lavrov noted that Integrity Initiative's only task seemed to be to "denigrate Russia in the public eye in foreign countries."