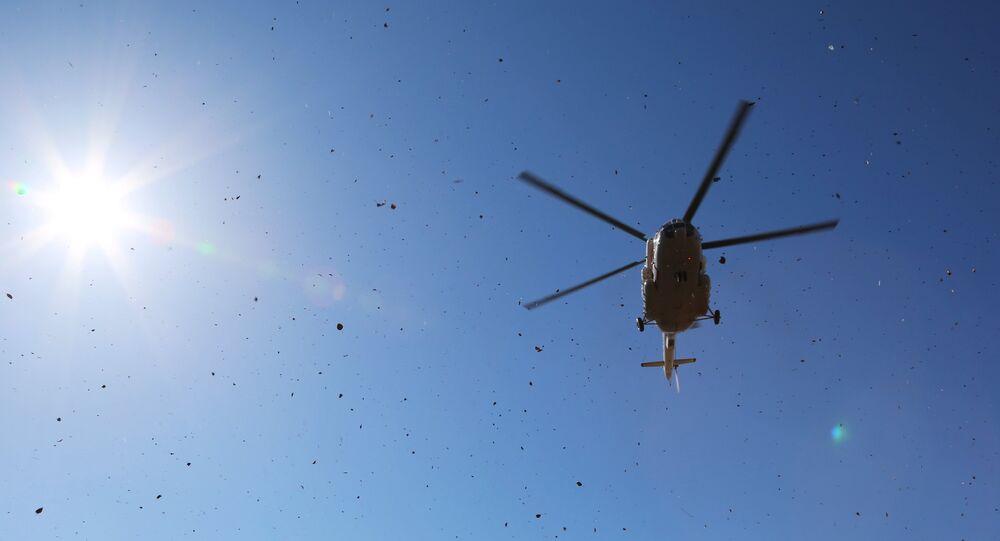 The exercise was conducted about a week after a pair of military transport helicopters were spotted by onlookers departing the Kremlin, with the authorities later revealing that it was all part of a FSO exercise.

Military helicopters once again soared over downtown Moscow as the Federal Protective Service (FSO), a federal government agency responsible for the protection of high-ranking officials including the President of Russia, conducted another stage of previously-announced drills.

According to local media reports, the exercise conducted by the FSO involved the rapid airborne deployment of anti-terrorist units in the vicinity of Kremlin.

Last week, two Mi-8 transport helicopters were spotted taking off from the Kremlin and flying away, with one of the helicopters apparently carrying some sort of underslung cargo.

Commenting on this development, FSO officials told Sputnik that this flight was conducted as part of the drills, with Kremlin spokesman Dmitry Peskov noting that the exercise was nothing out of the ordinary.