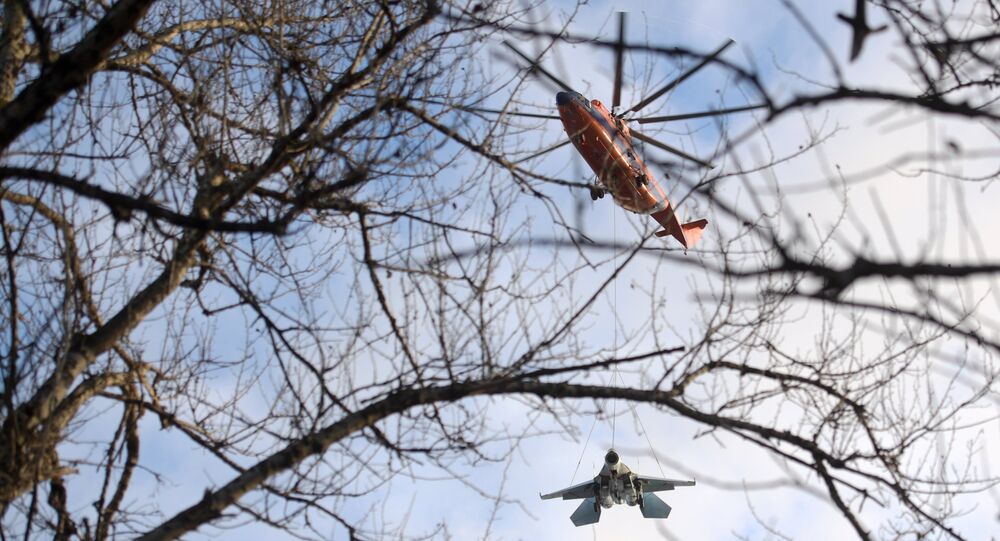 Russia has a very impressive fleet of helicopters that provide essential services to the armed forces flying missions to transport people and cargoes, and provide close air support as well as taking part in search and rescue and reconnaissance operations.

The pilots of the Western Military District performed a unique operation to have a heavy Su-27 fighter jet transferred by a Mi-26 helicopter, Zvezda TV reported, citing the Russian Defence Ministry’s press service.

The video of the unique operation appeared on the internet on Tuesday.

Taking off from Levashovo airfield outside Saint Petersburg, the crew of the heavy-lift Mi-26 helicopter had the 15-tonne Su-27 attached to its pylon and ferried it for about 60 kilometres [37 miles] to the Western Military District’s war history park in Kronstadt.

The largest helicopter to have ever been mass produced in the world, the Mi-26 is capable of taking on 20 tonnes of cargo either inside or outside the cabin. It has a takeoff weight of a very impressive 56 tonnes.