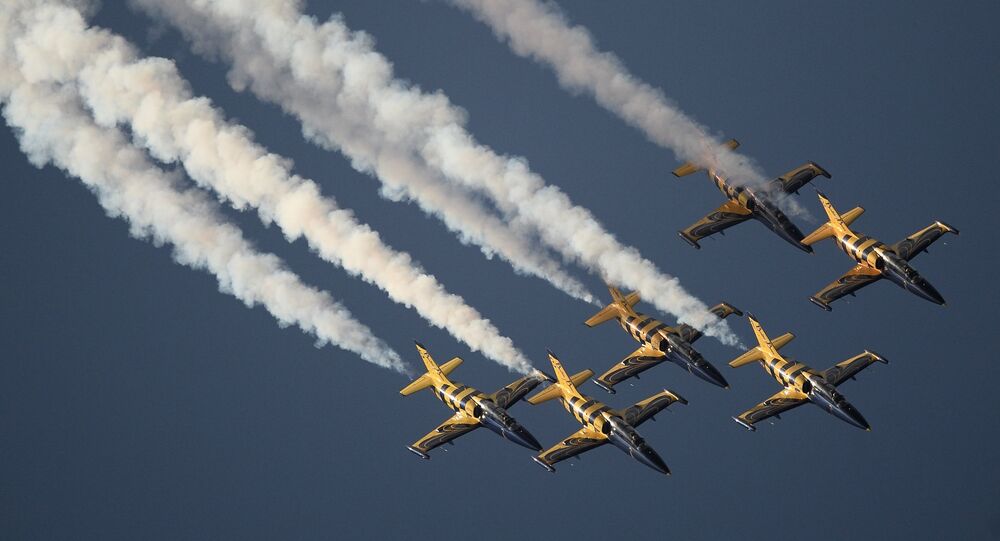 Roscoscmos head Dmitry Rogozin disclosed that Russian Space Agency is in possession of its own ten jet planes, giving it an 'air force' comparable in size to that of Guatemala or Hungary.

Dmitry Rogozin, the head of Russia's space agency Roscosmos, said that his agency could "win a small war" all by itself during his conversation with Moldova's President Igor Dodon.

© AP Photo / NASA
Russian Space Agency Chief Wants to 'Check' If Americans Walked on the Moon
All of the aircraft he named specifically are transport planes of various sizes.

"But why do you need the fighter jets?" Dodon asked.

"[They are used] for training the cosmonauts. [They are] L-39s," Rogozin answered. "In principle, if needed, we are ready to win a small war," he added jokingly.

Moldova, for comparison's sake, inherited 34 MiG-29 fighters following the dissolution of the Soviet Union in 1991. However, these proved to be too expensive to maintain, and they were sold off to Eritrea, Yemen, and the US, which bought 21 of the ageing jets for $40 million amid fears that they could be sold to Iran. The country no longer has any active fighter jets.

The Aero L-39 Albatros is a high-performance training jet developed in the former Czechoslovakia by Aero Vodochody, an aerospace company that is today based in Odolena Voda, Czech Republic. In 1972, the L-39 was picked as the main training jet for Warsaw Pact nations, including the USSR. The plane is two-seated, as trainees fly with an instructor.

One of the plane's interesting features is a set of on-board systems that imitate technical failures, which can be triggered by the instructor.

© NASA . GSFC/Arizona State University
Roscosmos, NASA to Work Together on Concept of Lunar Orbital Station - Roscosmos Head
The plane can be outfitted with a number of various simple armaments, including bombs, unguided missiles and even infrared guided missiles. While the trainee has access to the weapons, weapons control circuits, if needed, may be blocked by the instructor. The plane systems prohibit the use of weapons at a speed below 310 km/h.

Talking to Igor Dodon, Dmitry Rogozin also disclosed that the US continues to buy rocket engines from Roscosmos, despite US media reports that Washington intends to stop conducting business with Russian space agency.

"They are pragmatic," Rogozin said about the US. "If they can't make the same thing cheaper, and with higher quality, why re-invent the bicycle?"