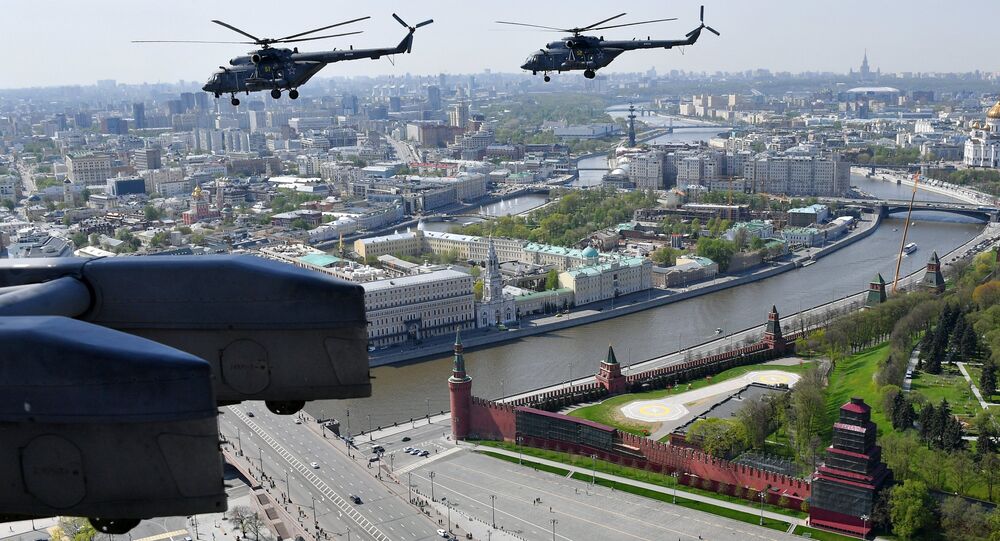 As Russian presidential spokesman Dmitry Peskov explained, the Kremlin is the residence of the head of state and a high security site, so it’s perfectly normal for men responsible for the president’s safety to conduct drills there.

Russia’s Federal Protective Service (FSO), a federal government agency responsible for protection of high-ranking officials including the President of Russia, told Sputnik that the recent helicopter flight over Kremlin was part of the drills conducted there.

© Sputnik / Ekaterina Chesnokova
WATCH Mysterious Helicopters Transport Secret Cargo Over Kremlin
Kremlin spokesman Dmitry Peskov also confirmed this reveal, claiming that the exercise was nothing out of the ordinary.

"The Kremlin is the residence of the head of state, and while a large part of it is open to the public, it is still a high-security site. So conducting such drills is perfectly normal," Peskov said.

He declined to elaborate on the details of these drills, suggesting that such inquiries should be directed to the FSO instead.

Earlier on Thursday, two Mi-8 transport helicopters were spotted taking off from the Kremlin and flying away, with one of the helicopters apparently carrying some sort of underslung cargo.

This development puzzled many observers, as helicopter flights are generally forbidden over central Moscow.

Beyond the Bounds of Reality: Cartoon 'Masha and the Bear' Kremlin Propaganda?