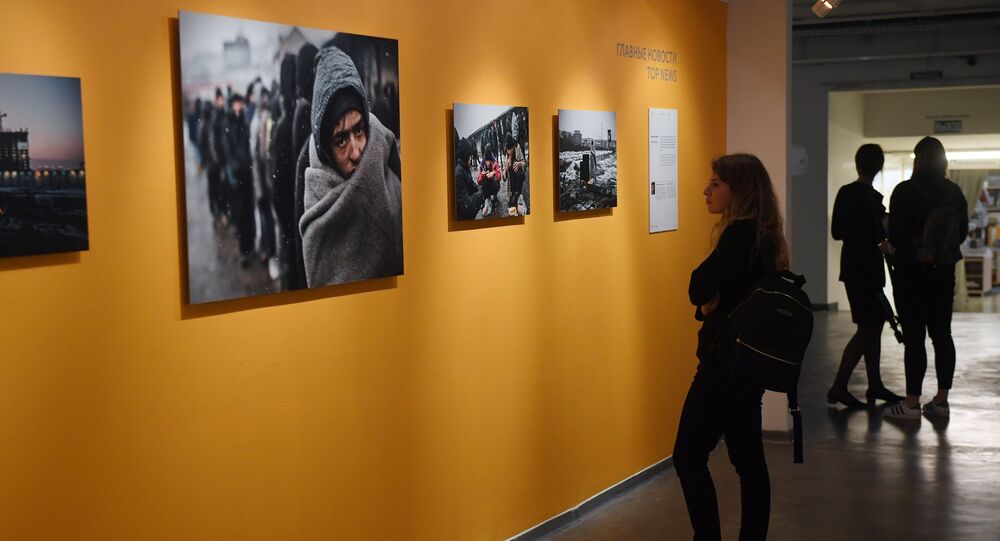 MOSCOW (Sputnik) - RT editor-in-chief Margarita Simonyan on Friday promised to help an amputee boy featured in an award-wining photo by an Iraqi photojournalist to receive a prosthetic leg.

The Will to Live photo by Taisir Mahdi won first prize in the sports category at this year’s Andrei Stenin Contest. It pictures a young boy on crutches playing football with his friends.

© CC BY-SA 2.0 / Carolyn Langton / Censored
Arrest of Russian Journalist in Ukraine Contravenes European Values - Simonyan
"We will find him and bring him to the country [Russia] and show him around and take him to a cool football game. We will try to help him with his prosthetic treatment by our doctors," Simonyan said on social media.

Russian Foreign Ministry spokeswoman Maria Zakharova suggested at the award ceremony in Moscow that Mahdi find the boy so that he could be flown to the Russian capital. Dmitry Kiselev, the director general of Rossiya Segodnya news agency, the organizer of the Stenin Photo Contest, said he would assist in the effort.

The photo contest is held under the aegis of the Russian Commission for UNESCO to support young photographers and draw public attention to the challenges of modern photojournalism. This year’s jury consisted of the world’s leading news agencies, including AFP and Anadolu, and world-class photographers and editors.