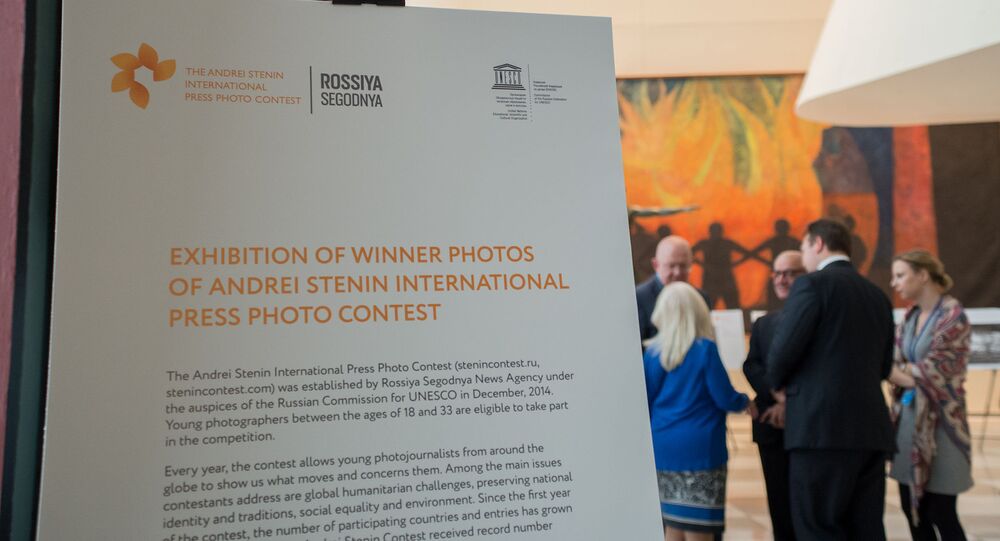 The Andrei Stenin International Press Photo Contest organized by Rossiya Segodnya under the aegis of the Commission of the Russian Federation for UNESCO, revealed the biggest mystery of this year’s competition: the Grand Prix and the first prize in the My Planet.

Series will go to Alyona Kochetkova, 30, from Kaluga. She won with her series of photographs "How I fell ill", a documentary story about her dramatic fight against cancer.

"For me it is a very difficult and very personal story which, despite everything, I would like to share with as many people as possible," Alyona said. "Sympathy and compassion awaken our love for our family and friends, which is never enough. At the same time, it is a word of support to those who are sick and perhaps feel lonely because they have no opportunity to talk about their feelings. Working on this series was also a way for me to avoid having a breakdown and to accept this ordeal and live by doing what I love."

"The Andrei Stenin Contest is one of the most relevant and significant photography competitions. I was interested to hear the evaluation of my work given by an international jury and to compete with the best young photographers from around the world. It is a chance to prove to myself that I can tell a story in such a way that others would appreciate," the Grand Prix winner said about the victory.

The first prizes in Sports were awarded to Taisir Mahdi (Iraq) for his photo "The desire for life" featuring a young amputee and a football forward, and Andrea Alai (Italy) for his series "Ultras" about Albenga Calcio club's "tifosi" from a Ligurian town.

Oded Wagenstein (Israel) with his single photo of a young Nenets nomad "Rosebud" took first place in the Portrait. A Hero of Our Time category. Shiva Khademi (Iran) won with her series "Gemini".

READ MORE: Winner of 2017 Stenin Photo Contest: 'We Need to Go Out and Tell Our Stories'

The IRCC presented special prizes for humanitarian photography to two Iranian masters. Omid Vahabzadeh received the prize for his single "Tehran attack" featuring a two-year-old boy being pulled into a parliament building window after a terrorist attack in Tehran in June 2017. Younes Khani Someeh Soflaei received the prize for his series "And life rises" about everyday life of the people hit by the 2017 earthquake in the Kermahshah Province, which killed almost 600 people and destroyed more than 30,000 houses.

"Today is an important day for us. Every fall we remember our comrade, Rossiya Segodnya photojournalist Andrei Stenin, who was killed in the line of duty in southeastern Ukraine. We have established a contest for young photographers to commemorate him. Brought together by his name, young photographers from around the world share their concerns with us, using Stenin's works as a gauge of truth. Each photograph submitted for the contest tells a story of a person, an individual or even a country," said Rossiya Segodnya Director General Dmitry Kiselev.

"We are happy that the State Historical Museum is the first exhibition venue of the international tour of the winners of the Andrei Stenin International Press Photo Contest. It is very important that Rossiya Segodnya supports young photographers and, thanks to our cooperation, a great number of people can see these photographs," Director of the State Historical Museum Alexei Levykin commented.

The awards ceremony at the State Historical Museum Exhibition Center was followed by the opening of the exhibition of the winners' photos, which will run from November 9 through November 30. Admission is free.

© Photo : Sebnem Coskun, Stenincontest
Finalists of the 2018 Andrei Stenin Press Photo Contest
25
Twenty-five young photographers from 14 countries competed for the Grand Prix, including Russia, Iraq, Iran, Italy, Spain, Belarus, Israel and South Africa. The exhibition displays around 200 works by the best young photojournalists, which reflect the signature images of today's reality, from the biblical beauty of white brick quarries in Upper Egypt to clip montages of post-election events in Kenya in the fall of 2017; from the Arctic culture of Nenets nomads to red-hot sports battles at the 2017 French Open.

A preview of the exhibition took place at the UN Headquarters in New York on November 2, the International Day to End Impunity for Crimes against Journalists. The exhibition was attended by Alison Smale, UN Under-Secretary-General for Global Communications, Russia's Permanent Representative to the United Nations Vasily Nebenzya and Rossiya Segodnya Deputy Editor-in-Chief Andrei Blagodyrenko. After Moscow, the exhibition will go on tour around Russia and abroad.