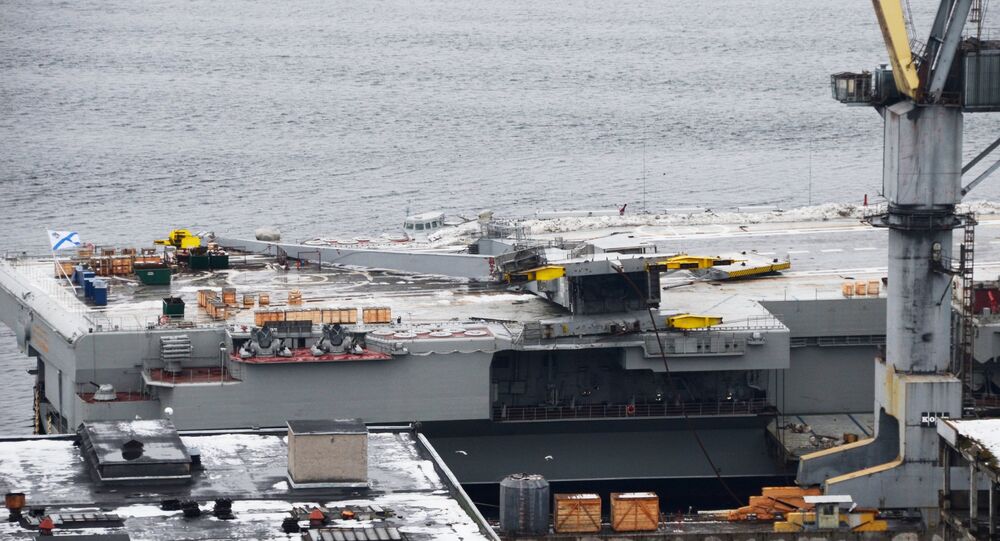 A floating dry dock holding the Admiral Kuznetsov sank following a power supply failure, causing one of the dock’s cranes to fall onto the carrier's deck, leading to ship repair plant workers being injured.

Photos of the Russian aircraft-carrying cruiser Admiral Kuznetsov, the flagship of the Russian Navy, were released following an incident with a floating dry dock in Murmansk on October 30. The incident left a 4x5-meter hole in the vessel's flight deck after one of the dry dock's cranes fell onto the ship.

The images reveal that the crane still remains on the carrier's deck, which is currently docked at the ship repair plant in Murmansk and is undergoing repairs. According to a plant official, the crane will be removed after an investigation into the incident is completed and the repair team determines the best way to remove it.

The Admiral Kuznetsov aircraft-carrying cruiser was damaged after a floating dry dock holding the ship for repairs suddenly began to sink due to power supply failure. Because the dry dock tilted while it was sinking, one of its cranes fell onto the vessel's deck, damaging it as a result.