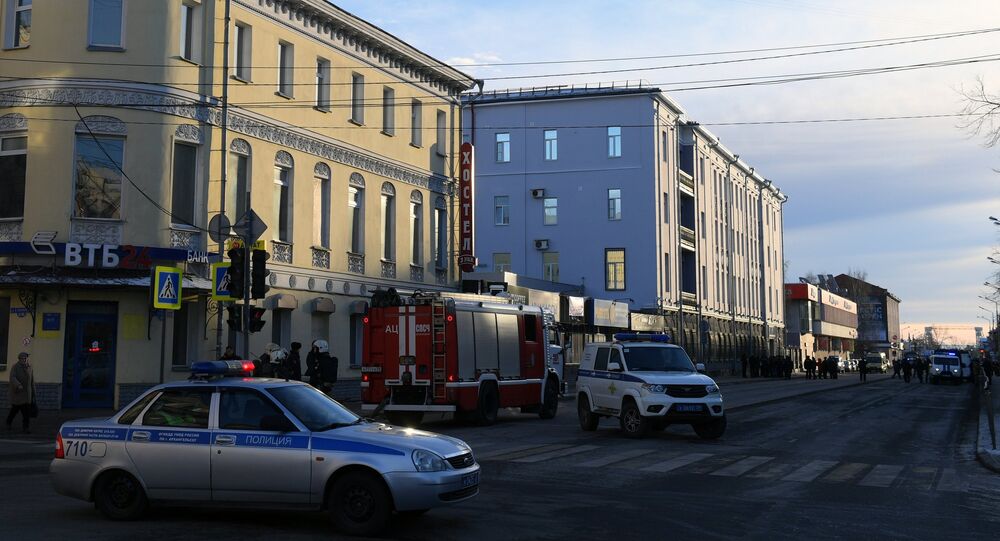 Igor Orlov, governor of northern Russia's Arkhangelsk region, has said that the blast, which claimed one victim, went off inside the FSB building near the entrance and that investigators were trying to determine the type of explosive device used.

A video of the aftermath of an explosion which went off in the Russian Federal Security Service (FSB) building in the northwestern city of Arkhangelsk, has been published.

The footage showed a street in Arkhangelsk where the explosion occurred, with ambulance and fire-fighting vehicles having arrived at the scene. Also, rescue workers and police officers are seen near the entrance to the FSB building where what looks like the body of the perpetrator of the blast is also seen.

At least one person was killed (in addition to the attacker) and three more were injured in an explosion that ripped through Arkhangelsk's FSB building earlier on Wednesday, the region's governor Igor Orlov said.

He cited investigators' efforts to determine the type of explosive device used, also pledging to bolster the security of all public and state buildings in the region. The Russian Investigation Committee, for its part, announced that it had opened a terror probe into the incident.

At Least 1 Killed, 3 Wounded in Terror Act at Russian FSB Office in Arkhangelsk