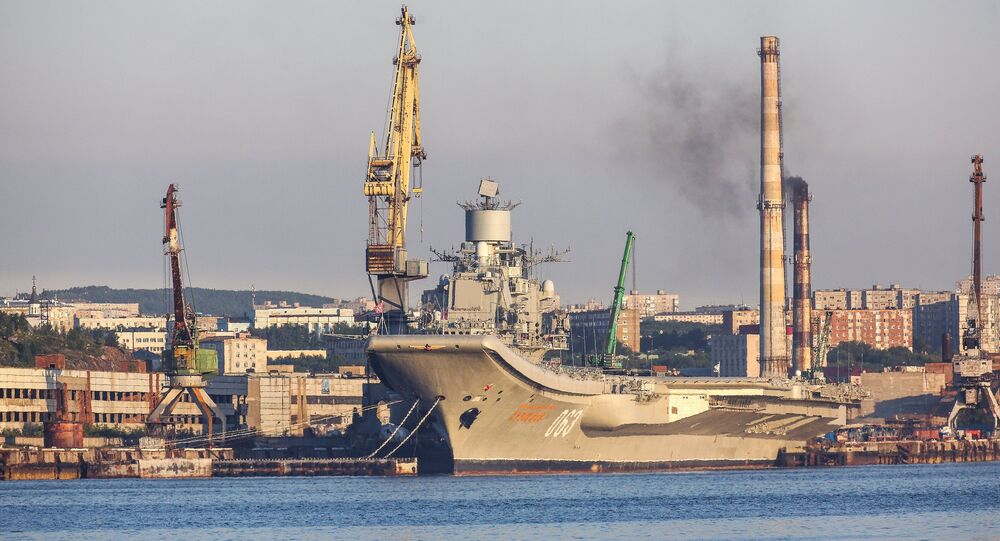 A crane has fallen onto the aircraft carrier Admiral Kuznetsov, the flagship of the Russian Navy undergoing a refitting overhaul in Murmansk, leaving a hole above the waterline that measures 4 by 5 meters, said Alexei Rakhamnov, the head of Russia's United Shipbuilding Corporation.

"The crane that fell left a hole 4 by 5 meters. But at the same time […] these are structures that are repaired easily and quickly," Rakhmanov told reporters on Tuesday, adding that the repair would cost little.

A spokesman for the repair plant where the vessel is docked told Sputnik that because parts of the deck were dissembled for repair and upgrade, the fallen crane dealt more damage to the equipment rather than the deck itself.

© Sputnik / Sergey Eshenko
Is the Admiral Kuznetsov Really the 'Worst Aircraft Carrier in the World?'

PD-50, one of the largest floating dry docks in the region, sank at the ship repair plant after a voltage sag overnight Tuesday. No casualties were reported following the incident; however, according to Murmansk Oblast Governor Marina Kovtun, one person went missing and another two were rushed to the hospital.

The vessel suffered no damage that could affect the upgrade time and was towed to a repair yard outside the 35th shipbuilding plant in Murmansk where repairs will continue.