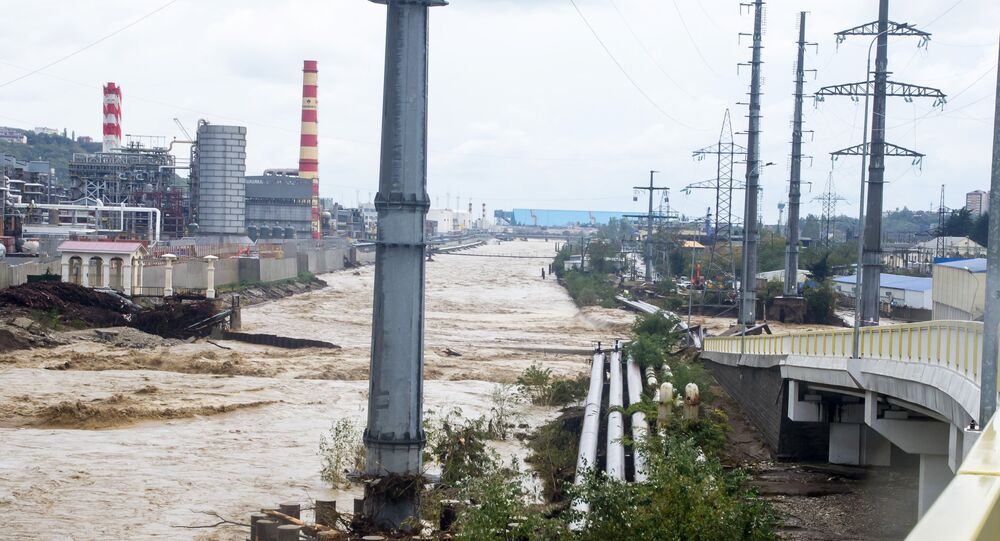 The reconstruction of damaged infrastructure is being impeded by rising water levels in rivers and ongoing heavy rainfall, which is expected to continue until October 26.

The Krasnodar region of Russia has been hit by a major rainstorm that has flooded houses, city streets, damaged roads, regional infrastructure, and resulted in the deaths of two people. At least 460 people have been evacuated from the affected areas.

One user wrote that residents of Sochi have to "swim" down the city's streets to reach their workplaces.

At least 320 houses in the region have been cut off gas supplies, while several villages have been left without drinking water. Local authorities have organized supplies of drinking water to the villages, but said the restoration of infrastructure is being obstructed by rising water levels in nearby rivers.

At the same time, the disaster has also crippled railway links and part of the federal road between Sochi and Dzhubga, connecting several major coastal cities to the rest of Russia. Several twitterians have posted photos of the destroyed road.

Others, meanwhile, showed the dangerous state of one of the region's railroads as a result of the flood.

According to forecasts, the rainstorm is set to continue until October 26. Authorities have already begun reconstruction work, but at the moment they are largely hindered by the rising water levels in nearby rivers and ongoing rainfall.