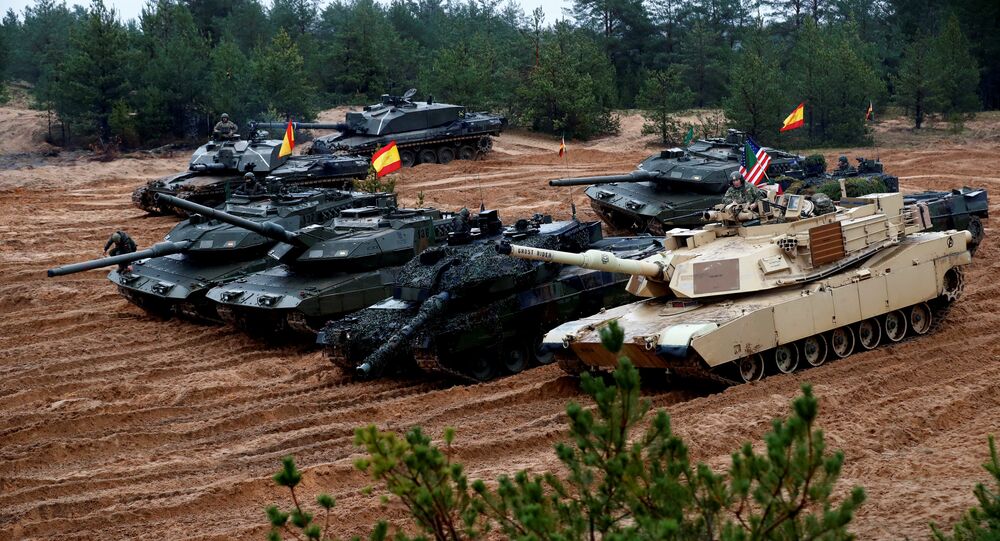 "NATO's military activity near our borders has reached a level which is without precedent since the days of the Cold War. The alliance's policy is aimed at strengthening its advanced military presence on the eastern flank," Shoigu said.

According to Shoigu, the Alliance actively uses the myth of a 'Russian threat' when engaged in this activity.

"A significant increase in the intelligence activity of NATO in the Baltic and the Black Sea region has been recorded. Only this year, the aircraft of the Russian Aerospace Forces flew to intercept possible violators of the national border more than 120 times," Shoigu said.

© Sputnik / Kirill Kallinikov
Russia Sends Strong Signal to US, NATO by Deploying S-300 in Syria – Analyst
Moscow has repeatedly stated, in connection with the increased presence of the NATO armed forces at its borders, that it does not pose a threat to anyone, but will not disregard actions potentially dangerous to its interests, Shoigu added.