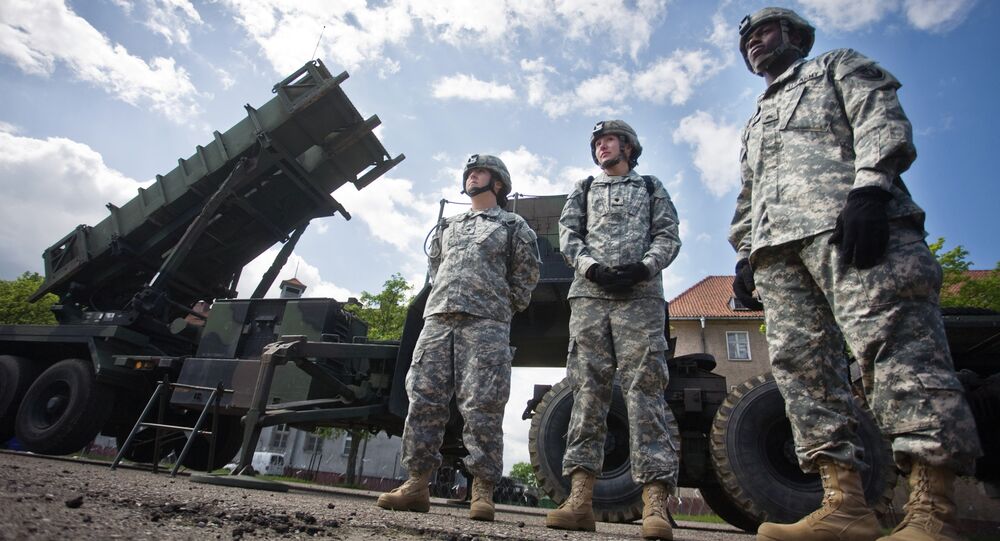 MOSCOW (Sputnik) – The US plans to withdraw from the Intermediate-Range Nuclear Forces Treaty (INF) are aimed at moving the US weapons to the borders of Russia and China, Konstantin Kosachev, the Russian upper house's International Affairs Committee head, said.

“The destruction of the INF Treaty is aimed at moving the relevant class of US weapons to the territory of potential and, maybe real, enemy. That is primarily Russia and, secondly, China,” Kosachev told the Rossiya 24 broadcaster on Sunday about Trump's decision.

The lawmaker described the US possible invitation for the further talks on the issue as a deceit.

Kosachev pointed out that Russia should respond to specific steps of the United States after the exit from the treaty, not to the withdrawal itself.

© AFP 2021 / BRENDAN SMIALOWSKI
'Major Blow' to Global Stability System: Russian Lawmakers React to Trump's INF Pullout Decision
From the lawmaker’s point of view the United States had been preparing for the withdrawal from the INF treaty since 2014.

He noted that the US claims about alleged Russian violations of the treaty were absolutely unfounded.

“The United States continues these games because the real aim of these moves is not to detect Russian violations and make Russia stick to the treaty, but to destroy the agreement using contrived pretexts,” Kosachev added.