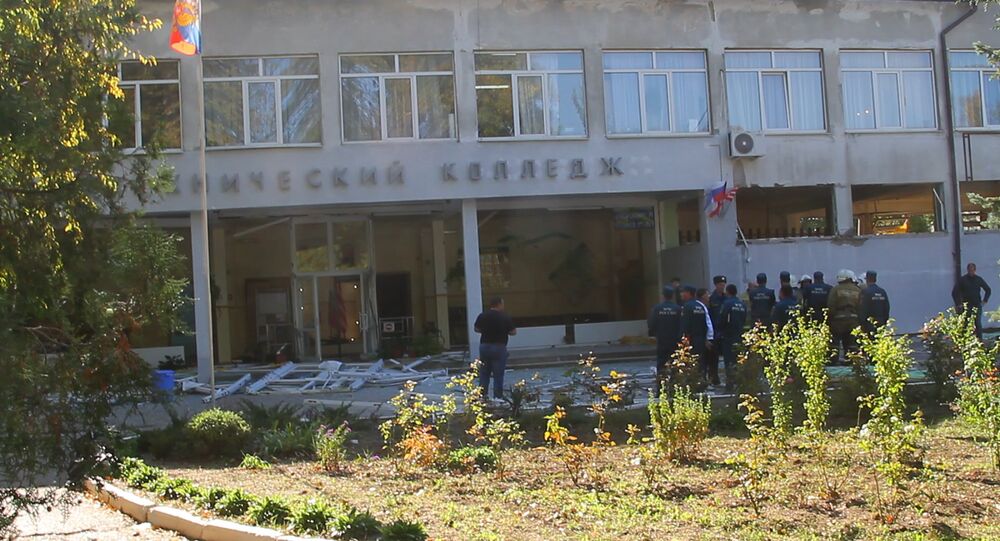 Photos From Inside Kerch College After Deadly Blast Released

A fourth-year student at a college in Kerch detonated an explosive device inside the educational institution on October 17. After shooting several employees and fellow students, the perpetrator committed suicide. The incident took the lives of 20 people and left some 50 more injured.

Ruptly has published the first photos from Kerch Polytechnic College where a student killed 20 people by detonating a homemade explosive device and opening fire with a gun. Photos, compiled in a small video clip, show the extensive damage that the blast caused to the building's interior, with windows and mirrors shattered, the entrance wrecked and blood in the building's rooms.

Fourth-year college student Vladislav Roslyakov brought a homemade explosive device to the college cafeteria and after detonating it started shooting at students and teachers alike. The perpetrator then reportedly killed himself. The incident, which was at first considered a "terrorist act," was later reclassified as "killing of two or more persons by generally dangerous means."

The attack took lives of at least 20 people and injured over 50 more. 44 of them remain in hospital, 34 in moderately severe condition, 7 severe and 3 in critical.

Number of People Killed in Kerch College Attack Rises to 20