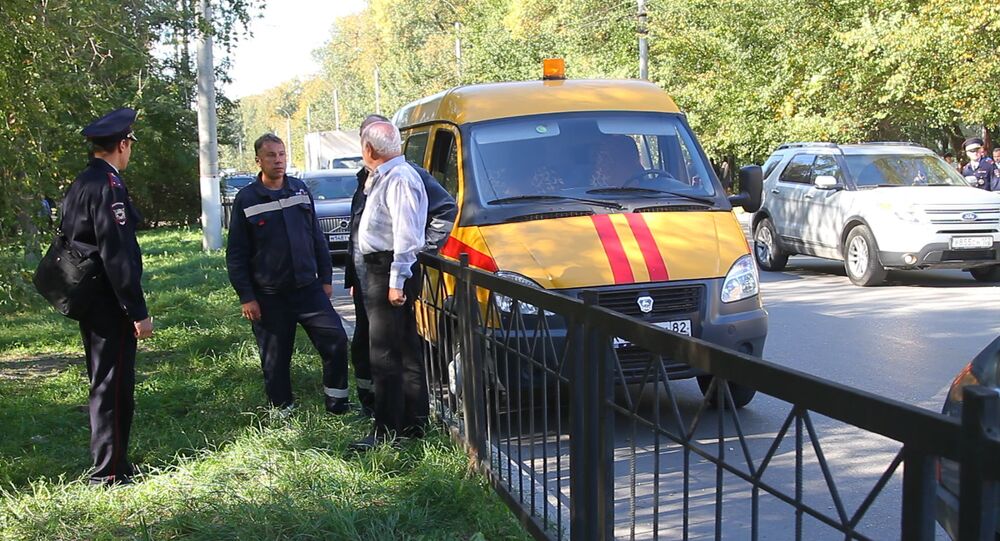 At least seventeen people were killed and some 50 wounded following a mass shooting and an explosion at a polytechnic college in Crimea's Kerch. Investigators have identified the suspected perpetrator and are looking for potential accomplices.

The suspected perpetrator of the shooting has been identified as Vladislav Roslyakov, a student at the Kerch college, Crimea's head Sergei Aksyonov said Wednesday; the Russian National Anti-Terrorism Committee announced that he had shot himself after the blast.

"The potential killer shot himself, committed suicide. He was a student from the same educational institution in his fourth year. His body was found in the library on the second floor," Aksyonov said.

According to a spokeswoman for the investigative committee, Svetlana Petrenko, the identity of the young man who came to the college immediately before the incident took place had been quickly determined.

Roslyakov was filmed entering the institution with a gun in his hands, and supposedly started shooting at people inside the college before eventually killing himself.

"Based on the crime scene, investigators preliminarily assume that this young man shot people, who were in the college, later committing suicide. In connection with this, the criminal proceedings previously instituted under article 205 of the Russian Criminal Code have been reclassified to Section 2 of Article 105 of the Russian Criminal Code (killing of two or more people with generally dangerous method)," Petrenko said.

© Sputnik / Alexey Kudenko
Blast at College in Crimea's Kerch is Terrorist Attack - Russia's Investigators
Meanwhile, Russia's National Anti-Terrorism Committee has suggested that the suspect could have had accomplices, and is continuing to look for the organizers and other possible perpetrators of the attack.

Investigators have stated that an unidentified explosive device filled with metal objects went off in the college canteen.

"Criminal proceedings were instituted under article 205 of the Russian Criminal Code [terrorist attack] following the explosion in the Kerch college… According to preliminary data, an unidentified explosive device, filled with metal objects, was detonated in the canteen of the polytechnic college today," Petrenko said.

Earlier in the day, Russian media reported a blast at a college facility, presumably caused by a gas explosion, with preliminary figures indicating 10 people had died and 50 had been injured.

READ MORE: Witness on Kerch Blast: There Was No Central Entrance, There Were No Windows

Shortly after the reports emerged, the National Anti-Terrorist Committee stated that the blast had been caused by an explosive device, rather than gas, with Kremlin spokesman Dmitry Peskov telling reporters that the version of a terrorist attack was being considered.