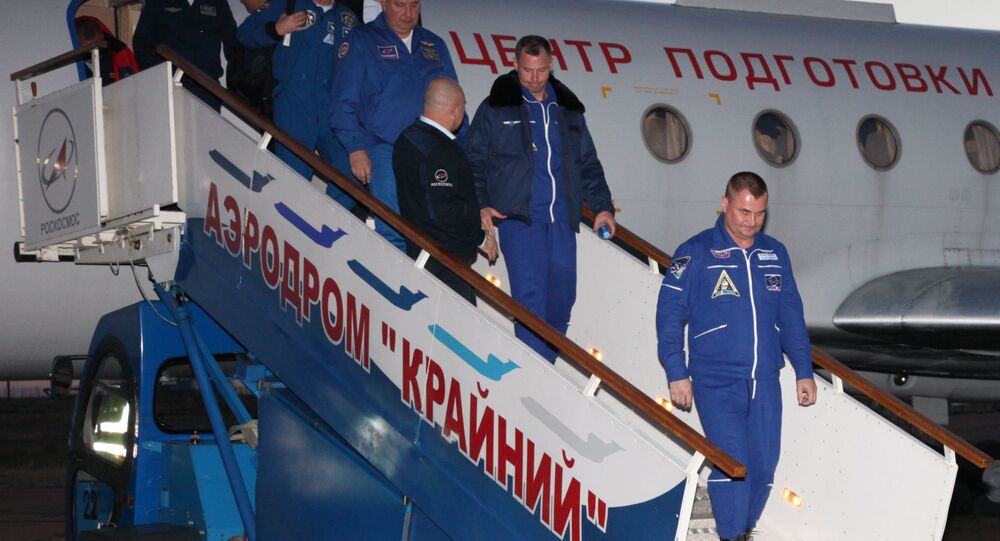 The crew members of the Soyuz MS-10 spacecraft who made an emergency landing in Kazakhstan after the failed launch of their vehicle at the Baikonur cosmodrome, earlier arrived at the Chkalovsky military airport.

"We are back to Zvyozdny gorodok. The guys will fly. We’re planning their flight for next spring," Rogozin wrote on Twitter.

© Sputnik / ТАСС/POOL
Soyuz MS-10 Crew Arrives at Chkalovsky Airport After Failed Launch (VIDEO)
On October 11, an accident occurred during the liftoff of a Soyuz-FG launch vehicle carrying the Soyuz MS-10 spacecraft with two new members of the International Space Station (ISS) crew on board. The crew safely returned to Earth in a jettisoned escape capsule.

Roscosmos has launched an inquiry into the accident.

A source at the Baikonur space center told Sputnik on Thursday that all Russian manned launches had been suspended after the Soyuz accident.