The system is designed for protection of the most important political, administrative, economic and military facilities from air strikes, strategic cruise, tactical and operational-tactical ballistic missiles, as well as medium-range ballistic missiles under the conditions of military and radio-electronic resistance. 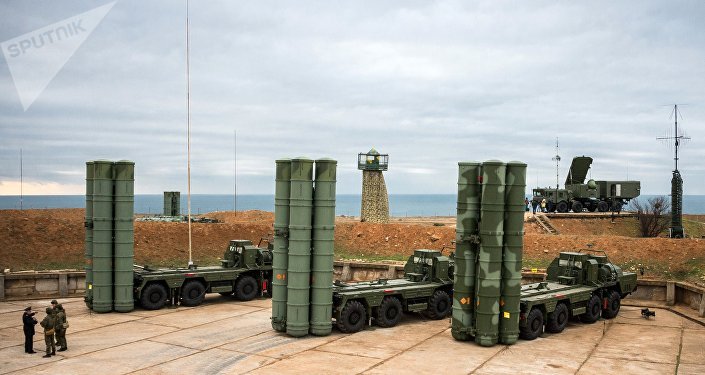 © Sputnik / Alexey Malgavko
Sanctions Trumped: Indian Cabinet Gives Final Nod for S-400 Deal with Russia
The complex can be used at any time of the day or night, under any geographic and weather conditions as well as under intensive electronic resistance.

The system was developed by the Central Design Bureau Almaz, now JSC NPO Almaz named after A. A. Raspletin. S-400 was created on the basis of the Russian S-300 air defense systems, but has significantly better performance capabilities in terms of effectiveness, coverage area, as well as in variety of targets. Initially, the system was named S-300PM3.

© Sputnik / Alexei Danichev
Transporters-launchers for S-400 Triumf missile systems at the final rehearsal of the military parade on St. Petersburg's Palace Square, which is timed to the 73rd anniversary of Victory in the Great Patriotic War

The structure of S-400 Triumph system includes a control center with radio location system, up to six air defense systems (each complex includes a radar station and up to 12 launcher systems with guided surface-to-air missiles of two types), and additional tools: all-altitude radar station and portable antenna tower.

All elements of the Triumph system have been developed on the basis of the latest scientific and technological achievements, with the use of advanced element base and modern technologies. All S-400 combat processes are automated: detection; route escort; allocation of targets between air defense systems, target locking, tracking and recognition, selection of a type of missiles, preparing missiles for launches, launches, missile tracking as well as assessment of the results of fire. 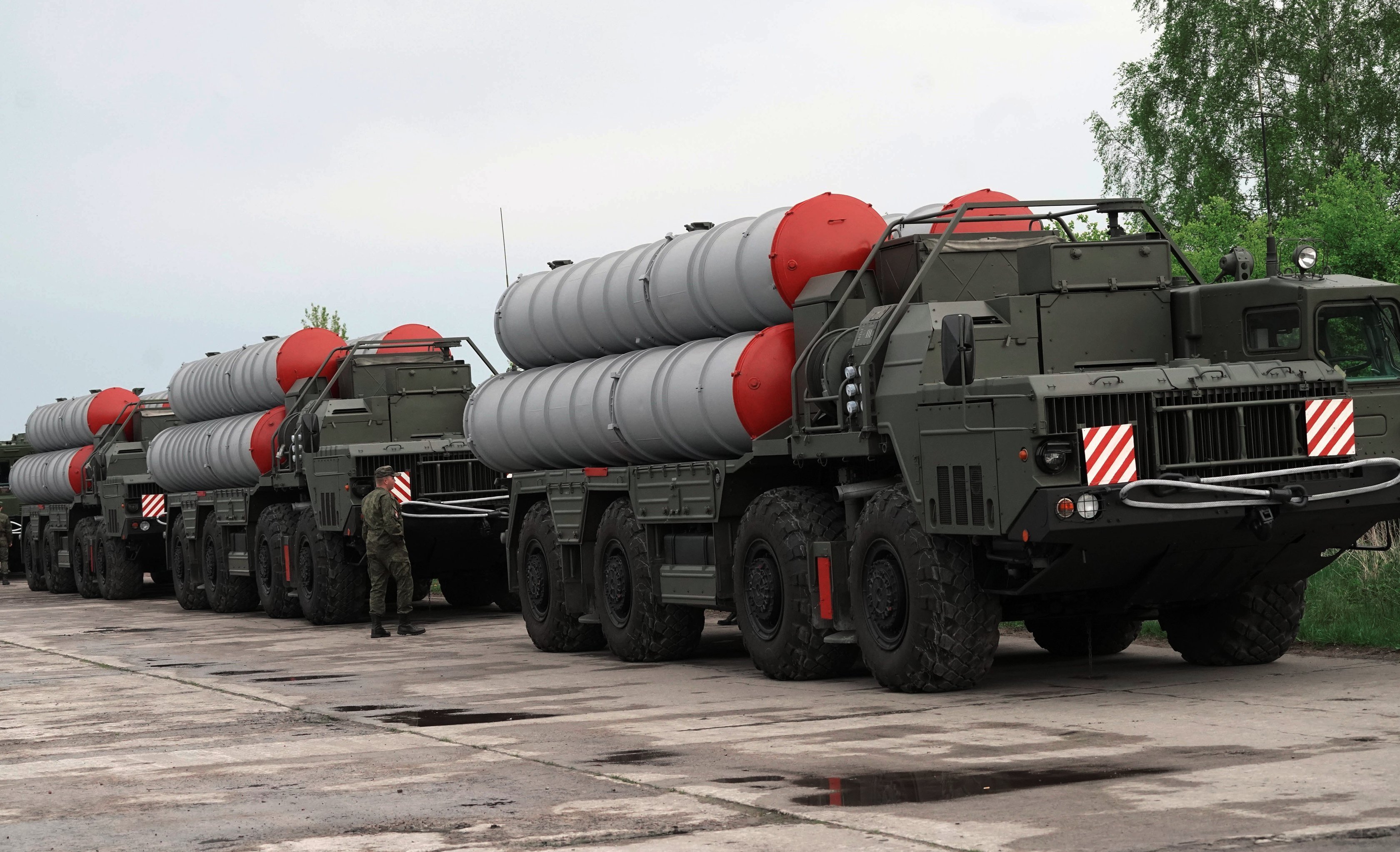 The Triumph’s control post can ensure the integration of the air defense system into the control structure of any air defense system. All elements of the system are located on all-terrain wheeled chassis and can be transported by railway, water and air transport.

The Triumph air defense system can engage in hostilities both independently and in collaboration with higher command posts, or external radar stations.

At the same time, any S-400 complex can not only fire by someone’s commands, but can also control different types of air defense systems: S-400, S-300, Pantsir-S1, Tor-M1 by combining dozens of launchers with hundreds of missiles under its command.

S-400 looks like S-300, which was done intentionally, so that the enemy could not recognize which system it faces.

All missiles that are used in S-400 have a "cold start." The missiles are blasted from the launch barrel by a powder catapult, at the height of 30 meters (98.5 feet) gas vanes turn the missile in the direction of the target, after which the main propulsion motor starts. This increases the range of the flight and narrows the near border of the impact zone.

At the end of the trajectory the missile implements active radar self-guidance.

The target is hit by high-explosive fragmentation warhead with electronic fuze and multi-point initiation system.

Thanks to the mechanism of vertical launch, the air defense system can shell targets of any direction without turning the launcher.

— number of simultaneously tracked targets up to 300;

— number of simultaneously shelled targets up to 36;

— number of simultaneously guided missiles up to 72;

— striking range for the aerodynamic target from 3 to 250 kilometers;

— altitude of the set aerodynamic target from 10 meters to 27 kilometers;

— striking range for tactical ballistic targets from 5 to 60 kilometers;

— altitude of the set ballistic target from 2 to 27 kilometers;

— deployment time after a march 5 minutes;

— service life at least 20 years of ground facilities and 15 years of surface-to-air missiles;

— number of simultaneously shelled targets by one air defense missile system up to 6.

© AFP 2019 / KIRILL KUDRYAVTSEV
US on India's S-400 Deal: CAATSA Not Intended to Damage Allies' Capabilities
The system can also be used against ground targets.

The ground tests of S-400 air defense system were conducted at the Kapustin Yar range in the Astrakhan region from 1999 until May 2003. On April 28, 2007, the Triumph air defense system was put into service by the Russian army in line with the governmental order. On August 6, 2007, Triumph’s first battalion and command center entered combat duty in the Moscow region.