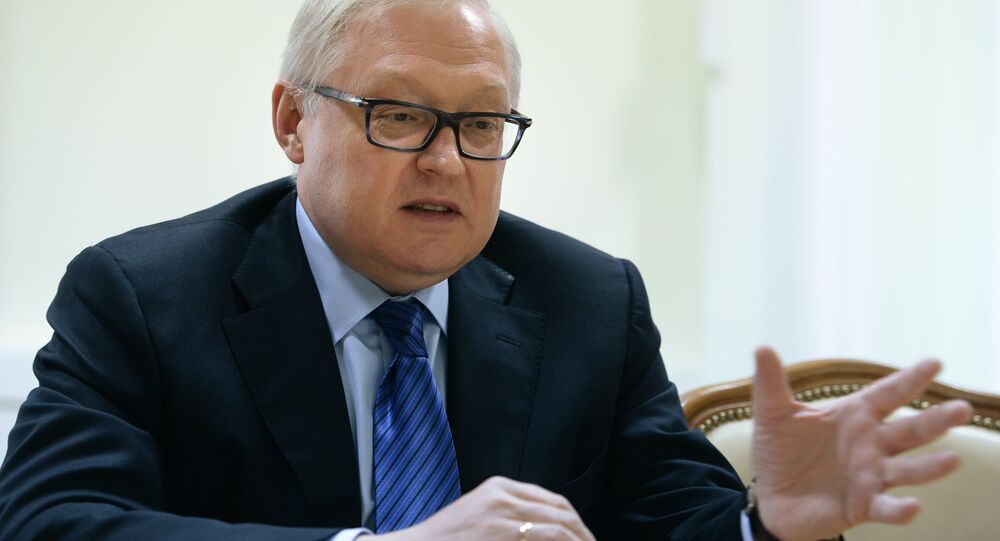 © AFP 2020 / Bart Maat / ANP
Timing of UK, Dutch Accusations Against Russia Point to 'Closely Coordinated Action' – Scholar
The Deputy Foreign Minister stressed that building up tensions in relations between nuclear powers and on the global arena is a "dangerous path."

Ryabkov noted that the US government was struggling to keep the "old fiction about 'Russian interference into 2016 US elections'" alive.

“We regret to see how the US authorities continue to poison the atmosphere of Russia-US relations with new portions of baseless accusations against Russia, which some other NATO countries rush to repeat on orders from Washington. The Western public is again being intimidated again with 'Russian hackers', this time allegedly involved in 'breaking into' computer networks almost all over the world," Ryabkov said in a commentary.

According to Ryabkov, Washington continues to feed the domestic and international public with false information in order to justify further sanctions and other methods of applying pressure on Russia.

"Russia has become accustomed to such methods used by the US, but deliberately heightening tensions between nuclear powers and on the international arena is a dangerous path," Ryabkov said.

The US Justice Department claimed that WADA, the OPCW, USADA, Westinghouse nuclear power company, which provides power to Ukraine, at least 250 athletes and sports figures from different countries were allegedly targeted by Russian intelligence officers.

Earlier in the day, the Netherlands stated that the United States was going to announce charges against some "Russian intelligence agents."