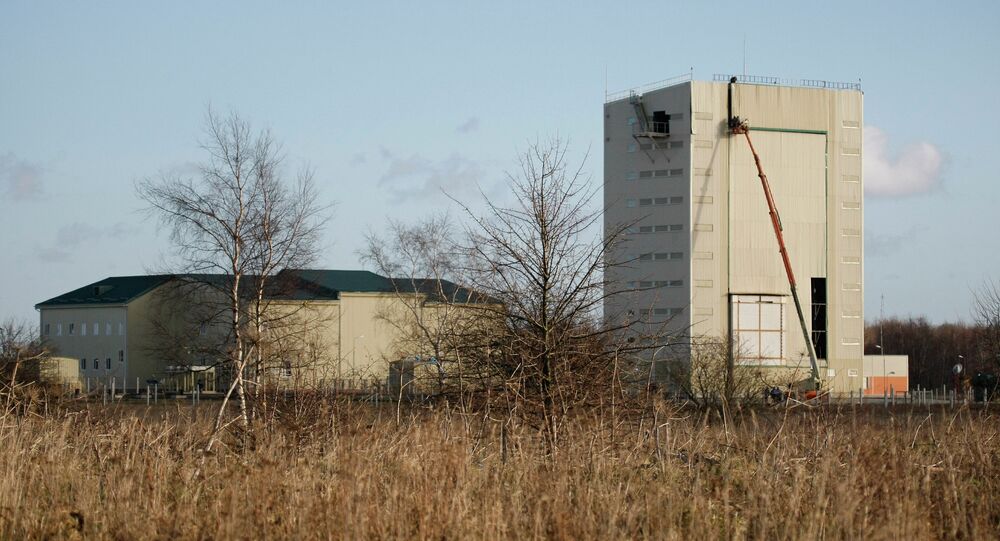 MOSCOW (Sputnik) – The Russian military put the next generation early warning Voronezh-DM radars on combat duty in the country’s Orenburg Region and the Altay and Krasnoyarsk territories, bringing the radars to a total of seven Russian regions, the Russian Defense Ministry said on Thursday.

"The next generation Voronezh-DM radars of the missile attack alert system created… in the Leningrad, Kaliningrad, Irkutsk and Orenburg regions and the Altay, Krasnodar and Krasnoyarsk territories have been put on combat duty," the Defense Ministry said.

© Sputnik / Mikhail Voskresenskiy
MiG-31 Interceptor Jet Crashes in Central Russia – Russian Defense Ministry
The ministry also added that works on the creation of new radars of the missile attack alert system are underway in the Komi Republic and the Murmansk Region.

More than 50 research and development projects are currently underway in the interest of the space component of the Russian Aerospace Forces, the Defense Ministry said.

"Overall, about 50 R&D projects are being carried out to re-equip the units of the Space Forces with advanced types of weaponry in the near future," it said.

The Russian Aerospace Forces carried out two test launches of the new Sarmat intercontinental ballistic missile (ICBM) and one test launch of the Yars ICMB during the 2018 training year, which started on December 1, 2017, the Russian Defense Ministry added.

The test launches of Sarmat were held in December 2017 and March 2018.

Moreover, the Russian Aerospace Forces have carried out 14 test launches of spacecraft from Plesetsk and Baikonur cosmodromes and conducted over 500,000 sessions of controlling spacecraft of the Russian orbital segment, according to the ministry.

The Sarmat ICBM was presented by Russian President Vladimir Putin during his address to lawmakers in March. The president said that the missile was capable of breaking through any missile defense system, noting that it would be put into service in 2020.

The Russian Defense Ministry also said that Russia will deploy over 10 laser-optical stations and radars to detect and identify space objects by 2020.

"The space component of the Russian Aerospace Forces continues its work on creating the special next-generation ground equipment for controlling airspace. Over 10 new laser-optical and radar systems, using various principles of detecting and identifying space objects, are planned to be deployed in Russia by 2020," it said.

The first next-generation laser-optical station was being successfully tested in Russia's Altay Territory, the ministry added.