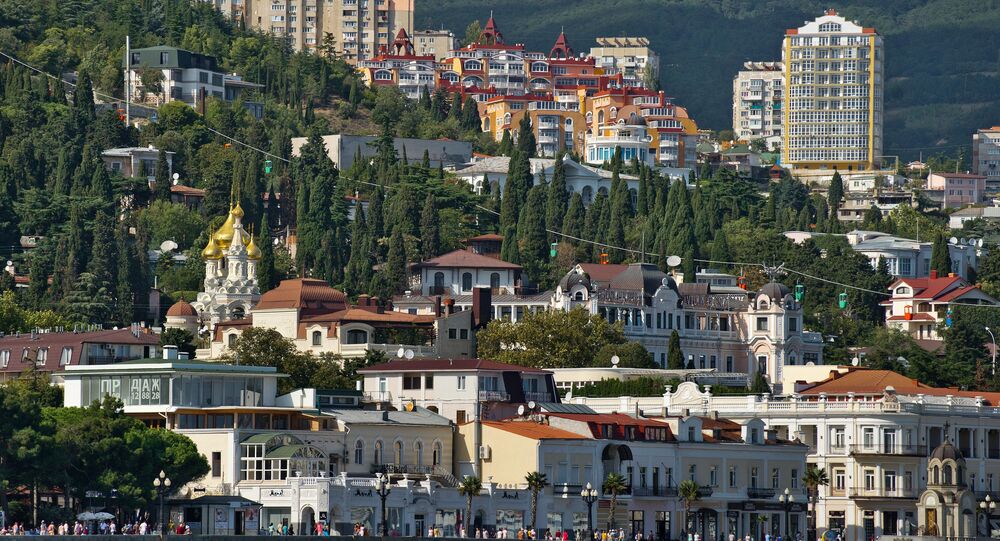 SIMFEROPOL (Sputnik) - Crimean authorities are prepared to receive a delegation of the European Parliament members, if the EU politicians express the desire to visit the peninsula, Crimean Parliament's Deputy Speaker Yefim Fiks told Sputnik on Saturday.

"We are ready to receive the delegation at the highest level," Fiks said.

The Crimean parliament's vice speaker stressed, at the same time, that the visit should be impartial and free of bias against the Crimean citizens.

"My personal point of view is that this visit should have one precondition: [the delegation's members] should tell only the truth about what they would see in Crimea to the citizens of their countries. Only the truth, it is not necessary to gloss over anything. Tell the truth about the lives of the Crimeans and then everything will go smoothly," the deputy speaker stressed.

He also suggested creating a so-called international alley of peace, where every foreign delegation will be able to plant a symbolic peace tree.

"Crimea is a territory of peace. It is a territory where people of various nationalities, confessions and historical eras have enjoyed understanding for many centuries," Fiks indicated.

Sputnik
WATCH US Citizen Diplomats Visit Orphanage, Plant Trees in Crimea
On Friday, the Russian Permanent Mission to the European Union said following a meeting between the delegation of the Russian lawmakers and the EU Parliament's delegation for relations with Russia that the Russian side invited the EU colleagues to visit Crimea.

Crimea residents voted to rejoin Russia in a 2014 referendum. However, Kiev and its allies have not recognized the vote and consider the region part of Ukraine. Moscow has repeatedly said that the referendum was held in strict compliance with international law and the UN Charter, and that, from its point of view, the matter was closed.