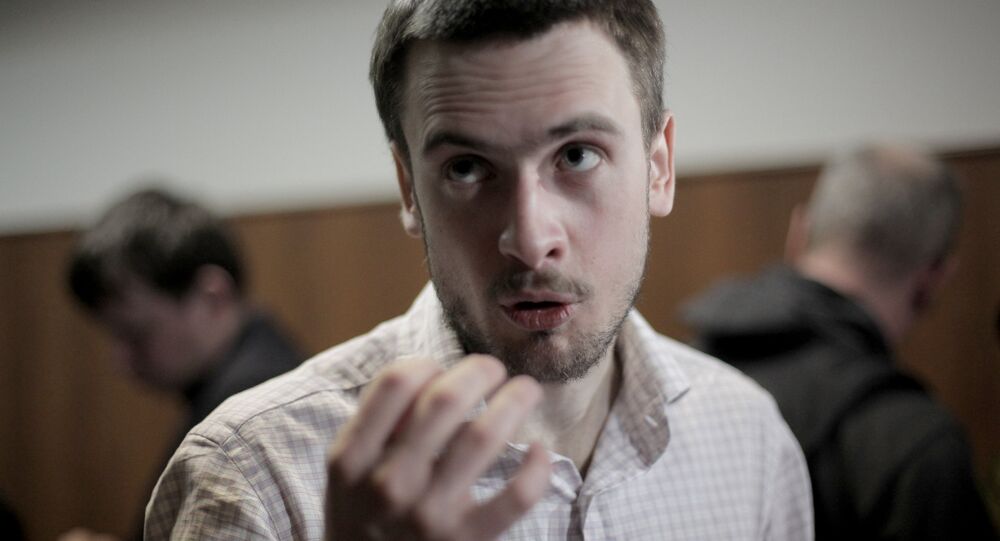 MOSCOW (Sputnik) - An activist and member of the controversial Pussy Riot rock band, who was flown to Germany after a suspected poisoning in Russia, said Wednesday he wanted to go back, as reported by Bild.

Pyotr Verzilov, who made headlines in July after he ran into the field during the World Cup final in Moscow, was taken to hospital earlier this month after complaining of losing sight, hearing and ability to walk.

In an interview with the German tabloid Bild, the 30-year-old said he felt fine and hoped to be discharged from the Berlin clinic as soon as possible, adding that he wanted to go back to Russia.

He suggested the Kremlin might have been angry at him for disrupting the soccer game or for his ties to the three journalists murdered in the Central African Republic, whose death he said he wanted to investigate. Russia has opened a criminal probe into the incident.