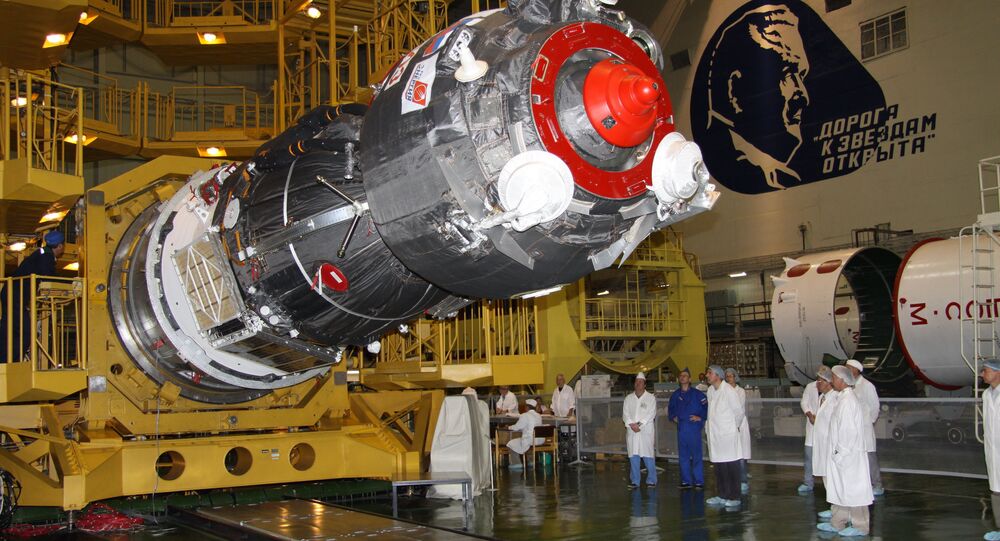 MOSCOW (Sputnik) – Experts from the Energia Rocket and Space Corporation are checking the Soyuz MS-10 and Progress MS-11 spacecraft at the Baikonur Cosmodrome after the air leak incident at the Soyuz spacecraft docked to the International Space Station (ISS), a source in the rocket and space industry told Sputnik.

© NASA .
What We Know So Far About ISS Air Leak as Some Suspect Sabotage
The ISS crew managed to cope with the problem. Later, Rogozin told reporters that the incident was caused by a hole in the spacecraft's skin. which could have been caused by a deliberate drill impact.

“On Wednesday, a big group of experts from the Energia Rocket and Space Corporation and Energia’s Experimental Machine-building Plant arrived at Baikonur and started to work at the Soyuz MS-10 transport manned spacecraft … On one of the upcoming days, the experts will check whether the spacecraft was subjected to an improper impact,” the source said.

The source pointed out that the spacecraft would be launched as planned on October 11, if no problems were found. According to the source, the experts will also check the Progress MS-11 spacecraft.