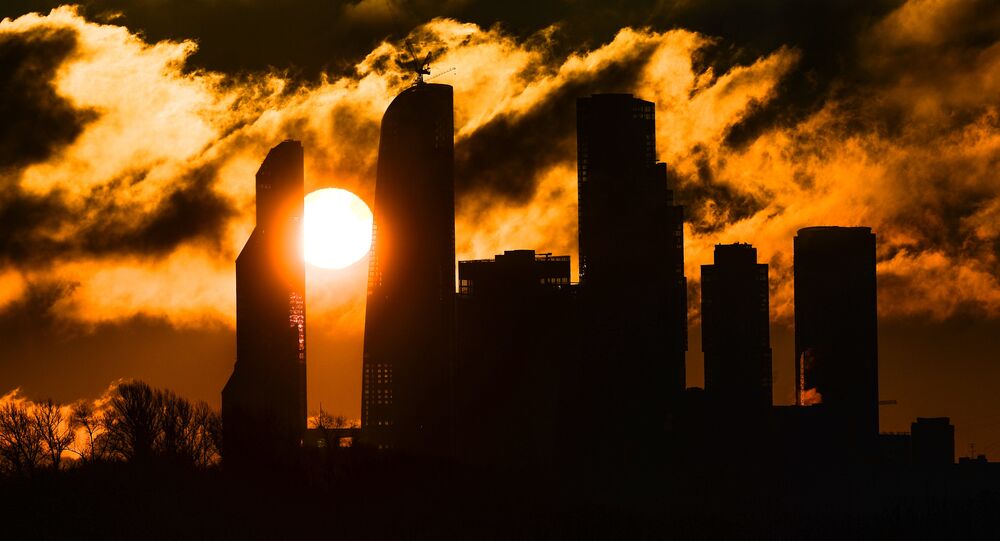 WASHINGTON (Sputnik) – The International Monetary Fund (IMF) confirmed its forecast that the Russian economy would grow by 1.7 percent and 1.5 percent in 2018 and 2019 respectively, the organization said in a statement.

“Growth is projected at 1.7 percent in 2018, supported by rising credit and disposable incomes … The medium-term outlook remains muted, due to structural bottlenecks and the lingering impact of sanctions. Absent structural reforms, growth is expected to settle around 1.5 percent, while monetary policy stabilizes inflation around 4 percent by end-2019,” the IMF said in a Wednesday statement released after the consultations with the Russian authorities.

© Sputnik / Vladimir Astapkovich
Fitch: Russia 'Copes Well' With New US Sanctions, Economy Resilient to Shocks
The organization pointed out that the Russian economy was recovering from the 2015 – 2016 recession due to the effective policy of the Russian government and high oil prices. At the same time the IMF said that the main risks to the Russian economy stemmed from the geopolitical tensions as well as the announced government’s policy plans.

Russian Deputy Finance Minister Leonid Gornin saidlast week that Russia's GDP would at least double in 20 years in the normal course of events.

As economy grows, the ambitiousness of such plans will inevitably grow as well because the cost of the facility, for example, if we are talking about the second branch of the Severomuisk Tunnel through the Baikal-Amur Mainline – one of the most controversial objects today – its cost now is around several hundred billion rubles, maybe even more, but it will be about the same in 20 years, and in 20 years Russia's GDP will at least double in the normal course of events," Gornin told the Moscow Financial Forum.

© Sputnik / Maksim Blinov
Moody's: First Set of US Sanctions Will Have Limited Impact on Russian Economy
Global trade has been in turmoil with a rise of protectionism, currency instability in a number of countries, wild commodity price fluctuations as well as so-called trade wars involving mainly the United States and sanctions used as a geopolitical tool, with the latter hitting the Russian economy repeatedly. Sanctions have been rolled out against Russia in rounds since 2014 mainly over the Ukrainian crisis, while the United States began introducing higher import tariffs since Donald Trump became president last year.