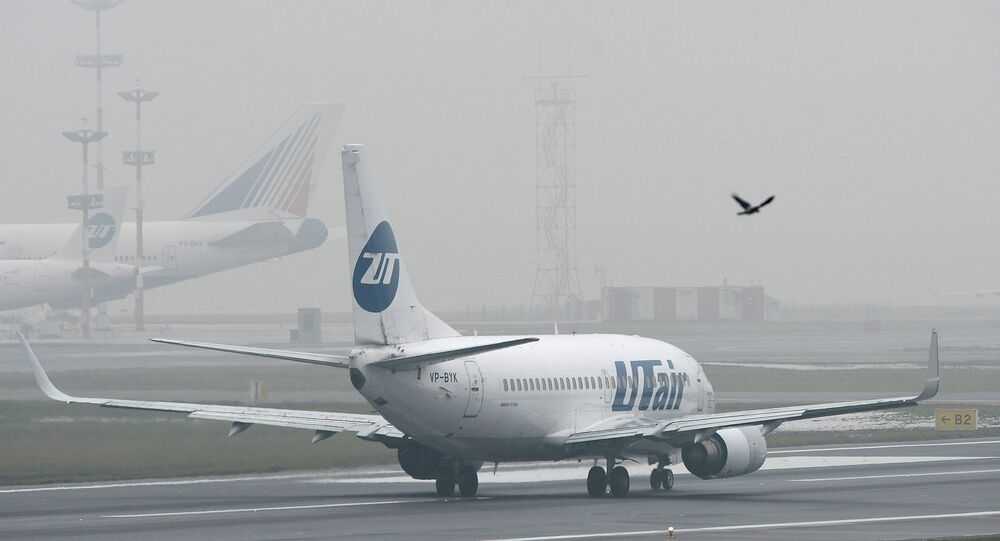 A Utair airliner that arrived in Sochi from Moscow, skidded off an airport runway during landing, sliding into a river and instantly catching fire.

One of the passengers onboard a Boeing 737 that caught fire after sliding off a runway in the southern Russian city of Sochi, has shared a hair-raising video filmed from inside the the blazing aircraft.

In it, a man can be heard calmly saying: “We crashed, but it’s okay, I guess,” he said in a muffled voice, his words in stark contrast to the landscape around, which looks more like a scene from an action movie. The video features other voices, with people shouting in the background, while large parts of the airliner are blazing in the nighttime darkness.

Early on Saturday, a jet from Siberian airline Utair, which was traveling from Moscow, skidded off the runway during a rough landing at the Sochi Airport, slid into a river and shortly thereafter caught fire, with one fatality reported – that of an airport employee, who was part of the incident response team. He suffered from a heart failure and died in an ambulance en route to a hospital. Among the Boeing's passengers, 18 people including a number of children received injuries due to the accident.