Russian Media Outlet Shuts Down After Reporters Slain in CAR

MOSCOW (Sputnik) - A Russian investigative media outlet, the Investigation Control Center (Tsur), admitted previously that Orkhan Dzhemal, Kirill Radchenko and Alexander Rastorguyev were on a privately organized mission to shoot a documentary about Russian military trainers when they were killed in an ambush on July 30.

The Russian Foreign Ministry said it made no secret of military presence in the CAR. Meanwhile, Tsur, that sent three Russian journalists on a doomed mission to the war-torn Central African Republic, announced Wednesday it was shutting down.

"There is no more Tsur," the outlet’s editor-in-chief announced on Wednesday on the Telegram messaging app. "I cannot write a word that is unrelated to the murder of our friends in Africa." 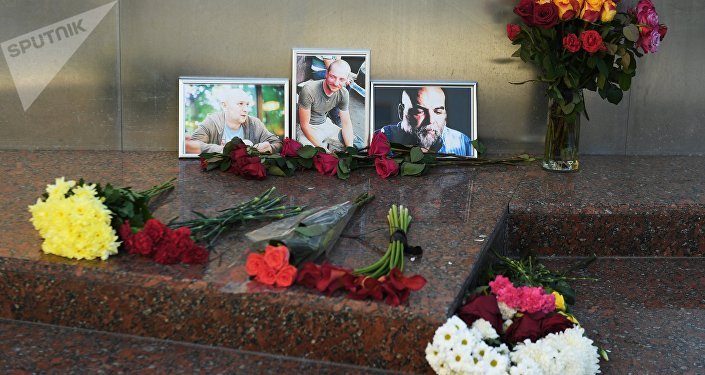 © Sputnik / Evgenia Novozhenina
No Signs of Torture on Bodies of Russian Journalists Killed in CAR – Moscow
The Central African Republic has witnessed years of ethnic and religious conflict since Muslim seleka rebels deposed its president in 2013.

Maria Zakharova, a spokeswoman for the Russian Foreign Ministry, said the three slain journalists had not sought accreditation with local authorities. The ministry shared a warning before the tragedy that travelers should not rely on Central African police, which it described as "basically defunct."

Russia has opened a criminal probe into a suspected murder.